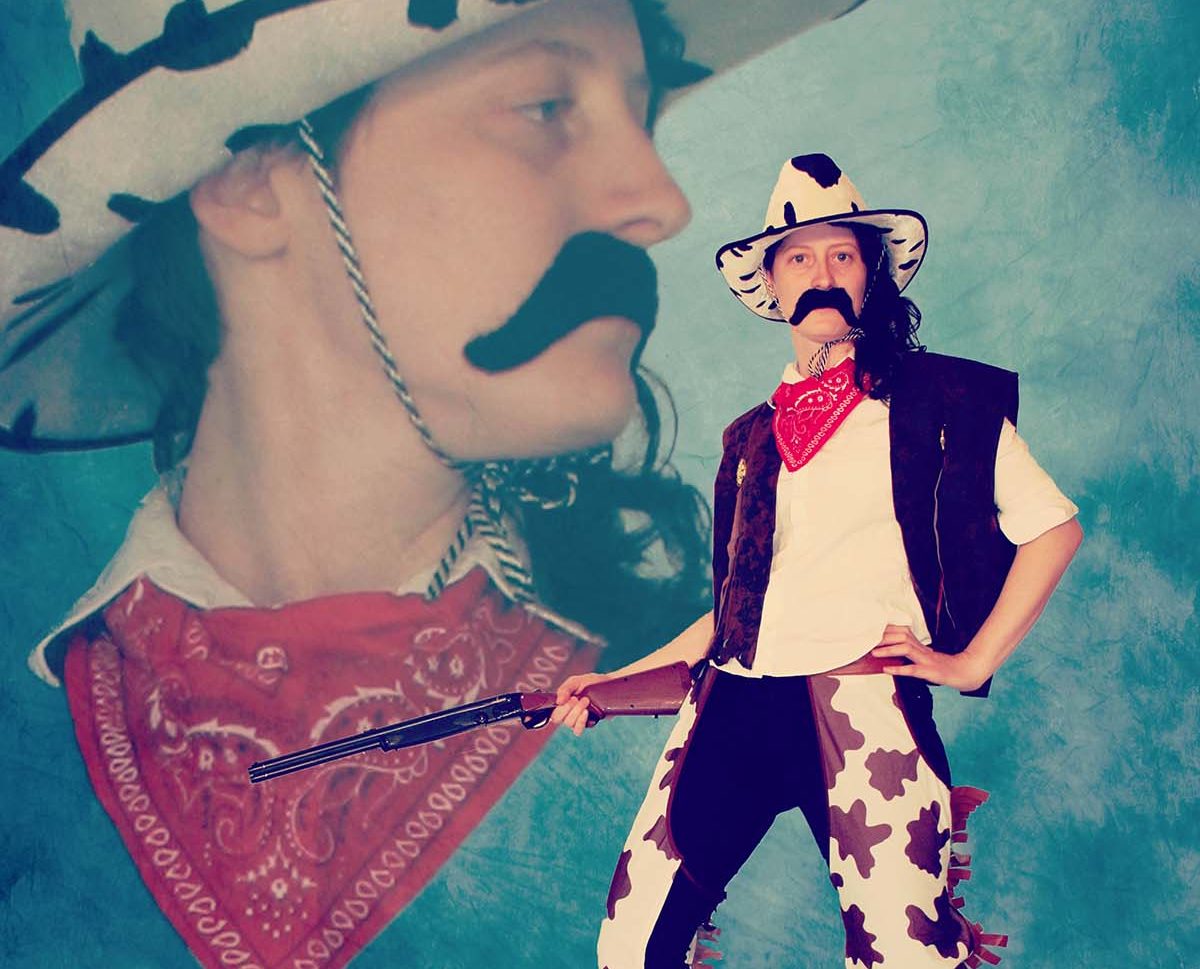 Earl Grey looked over his horse appraisingly. Yes: she was indeed beautiful. The fine, dark leatherwork on the bridle suited her, while the wide western saddle complemented her round rump. The silver in her bridle glittered in the morning sun, while the leather strings hanging from the saddle flickered in the breeze. What a beautiful sight.

He hadn’t dressed up for today, although his mare was always saddled and groomed to look her best. That was one thing Earl Grey knew. You had to treat your horse with respect. He was curious to see how his imminent visitor treated his.

Earl Grey stared quietly into the distance until his visitor arrived. He came on horseback and stopped a few horse lengths away. His gelding was glossy and smooth, chestnut in colour. His muscled chest shone beautifully. Apart from the dust on his lower legs and hooves, he was in fine condition. Oh, there was a light sweat on his neck. Perhaps he wasn’t at peak fitness. Or maybe the ride in the afternoon sun had been particularly hot. Yes. Earl Grey squinted at the sun for a moment. That could be it.

He noticed the shine of the silver conches and buckles on the gelding’s bridle. The leather was a light tan, hardly stained at all. It was fancy gear for a trail ride. The reins were long, and split. Well, at least there was that. The rider must be able to keep two unconnected reins from falling onto the ground. Good. Earl Grey preferred a bosal hackamore and rope reins for trail rides. It was casual, but it showed respect and good horsemanship. However, one could not fault a rider for wanting to show his silver buckles. Earl Grey understood that.

Travelling his eye further, he noticed an odd contrast—the rider’s stirrups were oxbows. He would have expected the flashier, engraved silver ones, rather than these narrow curved leather stirrups. Perhaps they had been chosen to help the rider improve his balance and deepen his seat. So, Earl Grey mused, maybe he wasn’t blessed with an innate feel for the horse. Would that count against him? It was too early to tell.

The saddle horn shone in the sun, a coil of rope around it. The burnished leather suggested a well-used saddle in good condition. Of a Saturday, Earl Grey would soap and polish his whole tack, and he was approving of a rider who did the same.

There was a saddle bag on the visitor’s horse – a picnic supply, or an emergency farrier kit? Either way, Earl Grey was prepared on both fronts already. On the trail, he mused happily, you must be prepared …

Where was he? Oh yes. He found his hand absentmindedly stroking the gelding’s shoulder. He finally found he’d run out of important things to peruse and ran his eyes over the rider himself. Earl Grey’s eyes were level with the rider’s knee. He was wearing long chaps. Ha!

It was almost funny. Was he so fresh on the ranch? But no, Earl Grey corrected himself, long chaps were useful, and would be needed if a horse threw a shoe on the trail.He stepped back to better view the visitor. As he started preparing his critical eye, the gelding turned his nose around and started nibbling the rider’s boot, playing with the tassels on the chaps. It is a vulnerable position for a horse to be in, and to voluntarily do it showed the animal’s complete trust in his rider. Earl Grey suddenly found himself rounding on his heel and mounting his own horse. It was decided. They could all go on a trail ride together. Even the gelding’s rider could come.

There is one thing Westerly Wind knows … you have to treat your horse with respect. Westerly passes their days staring quietly into the distance and absentmindedly stroking their gelding’s shoulder.

Westerly can be reached through their horse-whisperer; her name is Lara Stephenson.