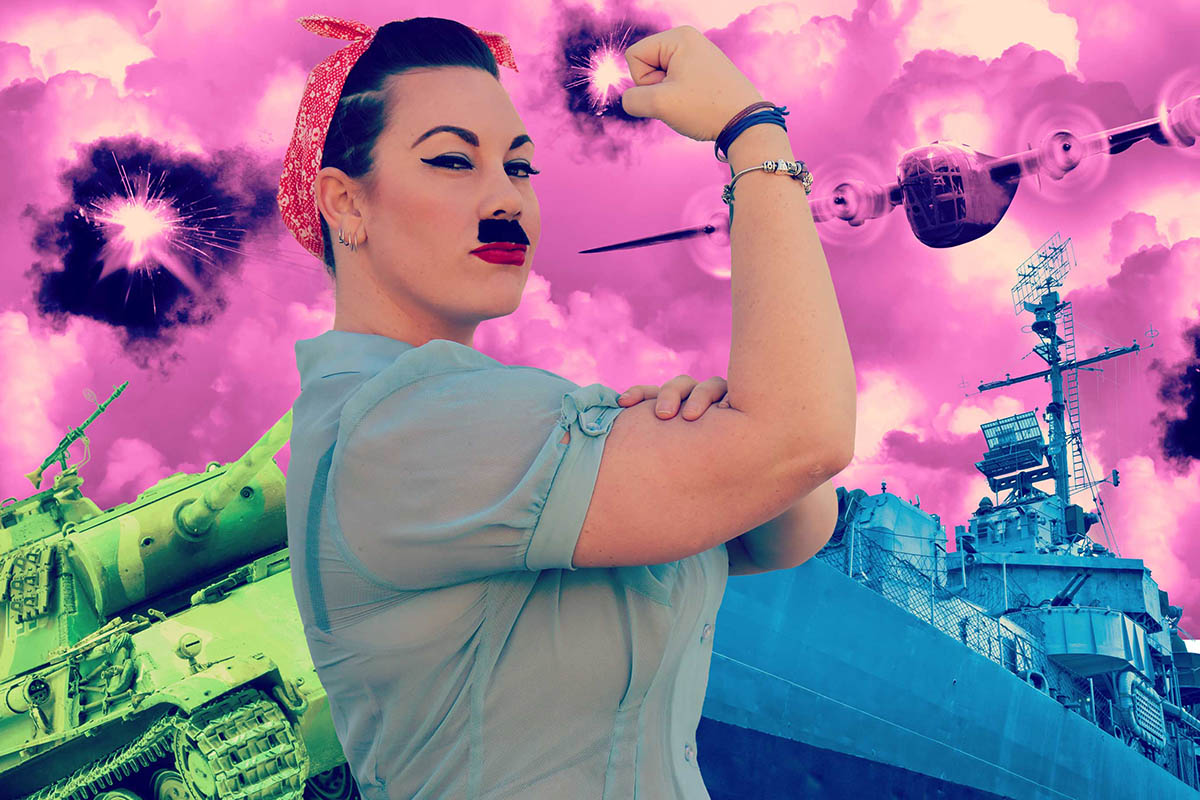 Celesta Tome–PR queen to the stars–had woken to a nightmare. Her driver pulled up in front of a lavish gate made of twisted metal. The clip-clap of her stilettos woke the lone security guard, and he jerked to attention in the small booth next to the entrance.

‘Morning Mrs Tome,’ he replied, fumbling to press the right buttons and let her through.

She nodded at him as she stormed forward and into a mansion so exuberant it would have made a Saudi prince cringe. Valkyrie Fitch was sitting at the breakfast bar nursing a green juice and a half-eaten bowl of muesli. Even at 7 am in the morning, without a hint of hair or make-up, she was beautiful. With long, thick blonde hair to her waist and milky skin that would have made Snow White look tan, it was this beauty that had seen Valkyrie rise to the top of Hollywood’s A-List. Celesta didn’t consider her a great actress like some of her other clients, but she was a movie star. She had that indescribable quality–that X factor–that made her unforgettable on and off camera. Valkyrie was talking softly to her agent on the phone and her green eyes flicked towards Celesta as she walked into the room. She opened her mouth to say something, but Celesta cut her off.

‘What were you thinking, signing up to a film called Feminazi? How could you be so stupid?’

Valkyrie hung up the phone without another word. ‘It’s a great role, C, hear me out. You haven’t even read the script.’

Celesta threw a brick of paper on to the counter with a dramatic thud. ‘I read it on the ride over here and honey, it’s a real piece of crap. And that’s coming from the woman who encouraged you to play a mutant torn between two genetically modified men in that last sci-fi dud.’

“Domestic. But it was a fucking mess, Valkyrie. Now this? You said you wanted to push for an Oscar this year. I don’t see you gaining weight or dying your hair brown, so I guess you’re not serious about it.’

‘I am!’ cried the young woman, tears pricking at the corners of her eyes. Celesta knew Valkyrie could cry on demand–she had taught her how–so she wasn’t fooled. ‘But this is a great opportunity for me! It’s a feminist film! I’ll get to do something with a message! This is a movie all about women for women!’

‘Then why isn’t it being directed by a woman?’ Celesta asked. ‘I mean, this guy made his name auditioning underage models by having them wash his lambo. He’s as far from a feminist filmmaker as Mel Gibson. Have you read the script?’

There was a long pause as the two women stared at each other, blinking.

‘Okay,’ Valkyrie relented. “I read the first 10 pages but I really liked what I saw. The studio knows it’s hot, they’ve already green-lit the budget.’

‘Doll, everyone knows you never go full Nazi. You flirt with it, like Tarantino. This will see you playing the leader of an Aryan race of women wiping men from the Earth–’

‘Until they realise that men and women can live together!’ Valkyrie cut in.

“No, honey, until the women start cannibalising each other and realise that in order to survive they need a good dicking every now and then. They hunt down the last men on the planet and the movie ends on a 10-minute fucking montage. Literally, fucking for 10 minutes.’

Celesta recognised that look and feared she was fighting a losing battle. ‘What did your agent say?’

‘Herbert trusts my judgement, unlike some people.’

Celesta rolled her eyes and gestured for the phone. Valkyrie handed it to her and watched as she dialled the number from memory.

‘Herbert, it’s me. I’m here with Valkyrie trying to talk her out of Feminazi.’

‘Now why would you do that?’ came the throaty voice of the chain-smoker on the end of the line. ‘This would be her foot in the door with one of the biggest directors of the past 50 years. He hasn’t had a box office flop since Revenge of the Frog Men 2.’

‘Have you seen what they’re saying?’ Celesta asked, throwing a pointed look at Valkyrie. ‘Have you seen the response that’s out there? It’s not good, Herbie. The Hollywood Reporter is already calling for theatres to boycott the movie and Femme Flash is asking if Valkyrie is the most culturally insensitive actress of her generation.’

‘What does it actually say?’ he asked.

‘The headline reads “Wait, what? Valkyrie proves she’s the dumbest Fitch in Hollywood by signing up to the exploitative Feminazi”.’

‘Mmmm-hmmm. I hear you, I hear you. But this whole equality thing is hot right now, we need to spin some revenue off it, and Feminazi will get butts in seats.’

Celesta sighed. ‘On irony alone, a man who has three sexual assault lawsuits pending should not be directing a movie called Feminazi.’

‘I WANT TO DO IT, GAAAAWWWD!’ screeched Valkyrie in the background.

‘That her?’ asked Herbert.

‘Uh-huh,’ replied Celesta, watching with interest as her client did her best attempt to flap around the living room in protest.

‘Look, C, you’re a smart lady and she’s your biggest client. I think you gotta let her do it.’

‘Bye, Herbert,’ Celesta replied, hanging up the phone by way of response. She bit her lip as Valkyrie flipped a floral arrangement off a glass coffee table and sent it crashing to the floor.

‘I WANT TO DOOOOO ITTTTTTTTTTT!’

This was a mistake, Celesta thought.

‘NOBODY LET’S ME LIVE MY BEST LIFE FARKING HELL!’

She was going to ruin her career.

‘I’M THE BEST ACTRESS SINCE WITHERSPOON I DESERVE THIS AHHH!’

And there was nothing Celesta could do about it.

‘CUT! Cut, goddamn it, cut! Valkyrie, what the fuck was that?’

The actress felt her chest clench uncomfortably as the director launched himself towards her for what had to be the eighth time in a row.

‘I-I- what? You going to start stuttering through your lines now as well?’ he shouted at her, standing barely an inch from her face as spit dangled from his lips.

‘No, I’m just having trouble adjusting to the green screen,’ she replied softly. The rest of the cast and crew shuffled around on set awkwardly as they waited for the latest outburst to be over.

‘How fucking hard is it, Valkyrie? You look at the tennis ball taped to the end of the stick and pretend it’s the mechanical dragon in the script. A fucking ape could do it!’

She bit her lip. ‘I guess what I’m having trouble with is why there’s a mechanical dragon in the film at all? I don’t really understand how it fits with the story–’

‘Because you’re not the fucking screenwriter, okay? You’re the tits and ass leading an army of women who are destroying mankind,’ he huffed at her, ruffling the hair underneath his baseball cap before pulling it tightly back on his head.

Valkyrie could feel herself choking up and she willed her body to hold it together. She’d promised herself–and Celesta–over lunch that she would make it through one day of this shoot without running off in tears. It was too late to get out of it, they were six weeks into filming, and besides, Celesta had looked through every inch of her contract and it was inescapable. She was in this and so help her, she would hold her head up high and make the most of it. Pulling the lycra on her costume upwards, she covered her areola, which had become exposed during the scene. She did her best not to shiver as she adjusted her fishnets and the five-inch boots she had been shoved into. Composing herself, she met the director’s stare with what dignity she had left.

‘Just shut up and say the line,’ he said to her. She nodded. Valkyrie blinked back tears as he called action and she saluted.’HEIL HYMEN!’ she shouted.

After getting her start in the publishing industry as a mortician specialising in recently deceased family reptiles, Mercy McSnuggletits has become one of the hottest new literary forces with one critic agreeing that yes, she does exist and yes, indeed, her words could be considered writing “in some circles”. A part-time psychic pet detective, Mercy looks good in any filter. Considering herself a progressive tansexual, she was also a temporary keyboard player in Autobahn before leaving the band to pursue writing full-time.

Mercy’s security detail is handled by journalist and author Maria Lewis, who can be found at www.marialewis.com.au and on Twitter at @MovieMazz.