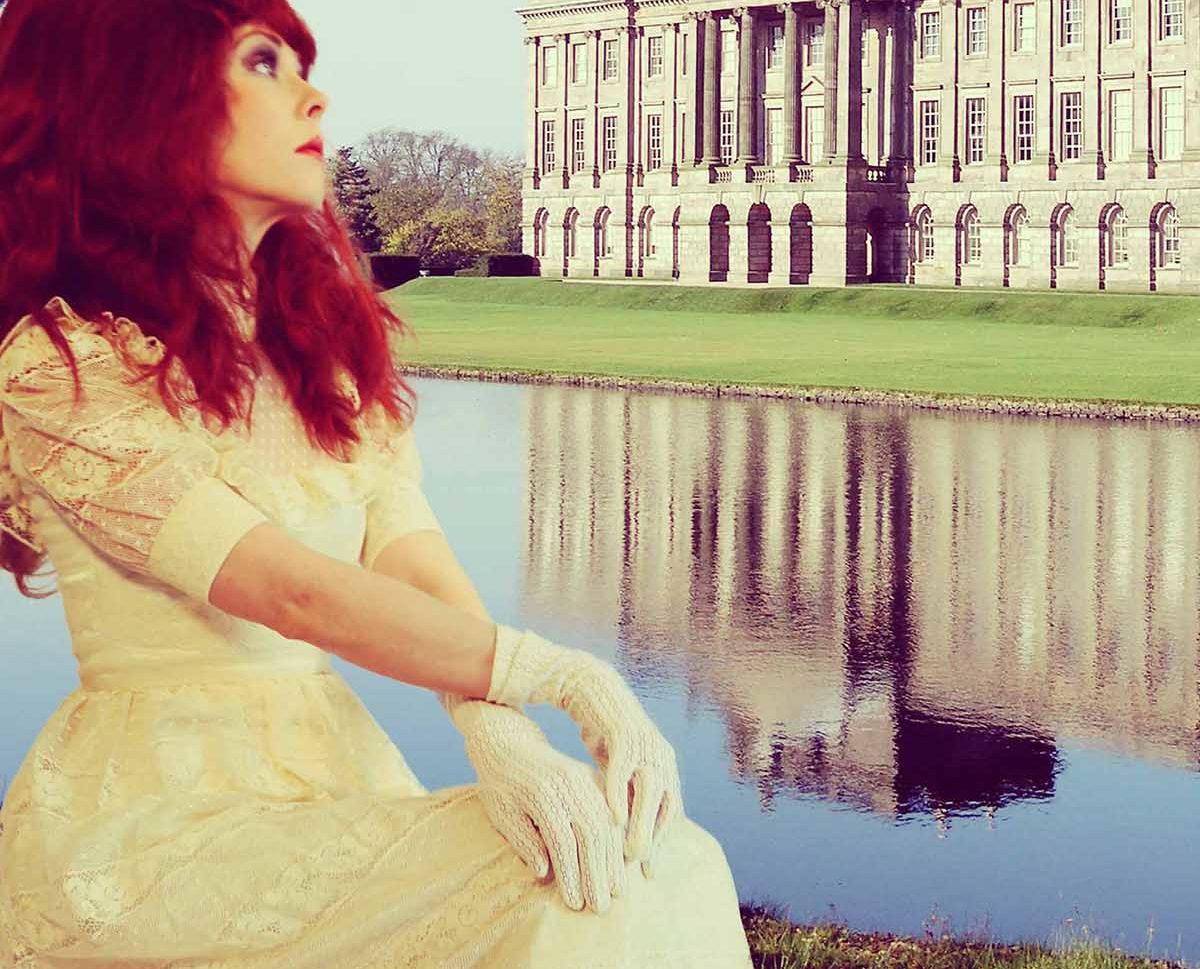 Lady Esmerelda Hatchet perched plaintively at the picture window of Strokeshaft Manor, her bee-stung bottom lip quivering querulously and her dainty hands toying tirelessly with her hand-embroidered silk handkerchief, an activity that could well have appeared unseemly had it been performed by someone less physically attractive. As it was, Lady Esmerelda was beautiful both inside and out, like an exceptionally intelligent and perfectly formed orchid, and this occasionally had the unfortunate effect of causing other, lesser beings to experience feelings of intense jealousy.

Lady Esmerelda was, of course, predisposed to rise above this—nay, to ascend above it, like so much windblown dandelion flotsam—but sometimes, it all became simply too much for her delicate disposition to bear.

On this particular day, however, what brought such vexation to Lady Esmerelda’s line-free face and caused tears of tumultuous anguish to well wantonly in her eyes—those great chestnut pools in which many a strong-jawed nobleman had found himself floundering helplessly in waves of acute attraction—was not the sad envy of plain and simple folk (after all, these were so legion that one became used to fending them off) but an altogether more dramatic and dastardly dilemma. For Lady Esmerelda—young, unsullied, and as innocent as a pasture positively teeming with newborn lambs and dew-dappled daisies—was betrothed to none other than Lord Gruff Cockram: unattractive, uncouth, and unpleasantly hirsute. (Lady Esmerelda also had a distant but terrifying suspicion that she and Lord Cockram might be cousins and that their legal union could lead to them bearing accidentally unsightly children.)

And alas, today, this simply horrifying situation was to come, as it were, to a head. (Hopefully not the sort of head Lady Esmerelda had overhead the servants discussing in hushed tones and that seemed, confusingly, to involve the terrifyingly taboo lower region of a gentleman’s anatomy, an area with which Lady Esmerelda had not yet experienced the good—according to some—fortune of making an acquaintance.) On this otherwise fine and fair morn, Lady Esmerelda was to be plucked like an unripe fruit from her family’s seat at Strokeshaft as an unfamiliar and unwanted union was thrust indelicately upon her: for Lord Cockram was on his way, thundering along virginally narrow country lanes in his unthinkably large and unwieldy carriage, and Lady Esmerelda was most unready to receive him.

Presently, with the piteous predictability of a peasant’s missing teeth, the sound of hooves began to rumble resonantly in the distance. Lady Esmerelda’s lower lip began to tremble at staccato speed: He was coming! The shadow of his presence was lengthening and rising with every second! And there—now—oh! He was upon her, and racing up the drive like a stately stallion was both an actual stately stallion (‘What a beautiful beast! Such majestic majesty!’ thought Lady Esmerelda, who had always been charmed by horses and was easily distracted; it was both a blessing and a curse) and a worryingly wide carriage bearing the brutish figure of … Wait!

‘M’lady!’ Alighting gracefully and yet with a suitably masculine manner from within the confines of the coach was not Lord Gruff Cockram, but his charmingly roguish younger brother, Duke Gently Cockram.

‘Duke Gently!’ Lady Esmerelda expelled excitedly, before catching herself and hastily re-arranging her fair features into an approximation of lovelorn disappointment. ‘I thought—I mean, I was expecting Lord Cockram. Our nuptials are mere days away!’

The Duke furrowed his boyishly handsome brow—so boyish, in fact, that it could quite possibly have given Lady Esmerelda’s milky-white visage a run for its unlined money. ‘My dear lady,’ he began, his velvety voice caressing the winsome whorls of Lady Esmerelda’s ears like an artist’s watercolour brush stroking the surface of a fresh and unsullied canvas, ‘I’m afraid there has been a grave accident. Your beloved-to-be—Lord Cockram—is … dead.’

The word hung pregnantly in the air like a raindrop preparing to fall from an elderly butler’s patrician nose. Dead! Oh, horror! Oh, turmoil! Oh … wait.

‘It happened just this morning,’ the Duke continued as he stared sadly but stoically into the middle distance, a stance that—strangely—made Lady Esmerelda’s heart began to thrum rhythmically in her chest, the illicit thrill of anticipation making her bosom begin to heave ever so gently (subtlety was one of Lady Esmerelda’s many great strengths)—‘Lord Cockram was riding his steed so hard and so fast up a narrow lane that he failed to see a carriage of goods coming from the opposite direction. There was a cataclysmic collision: the carriage ejaculated its cargo all over the countryside, the Lord was thrown bodily from his horse, and there was simply nothing that could be done to get him up again.’

Lady Esmerelda blinked rapidly until a single tear worked its way fetchingly down one porcelain cheek. ‘How simply devastating, Duke Cockram!’ she declared. ‘And what positively terrible timing! Whatever will become of my wedding plans?’

‘My lady,’ replied the Duke, flashing her … a suave smile, ‘fear not. I have been dispatched not only to deliver the news, but to formally extend my hand in marriage. I am, after all, the next in the Cockram line; and I would be honoured to take the Lord’s place inside your … affections.’

‘Oh, Duke!’ Lady Esmerelda gasped girlishly. ‘You can extend anything you like and I would be only too glad to grasp it!’

The Duke’s smile widened. ‘That, my lady,’ he said smoothly, ‘can always be arranged.’

Sunday Best is a Southern Belle (TM) and self-acclaimed authoress with 117.5 novels to her name, all of which feature heroes named Brad. She is published by Flaming Loins Publishing House, part of the prodigious Best Family Dynasty.

The Bests own everything south of Charleston and made their original fortune via the production of 99% silk hand-pumped side-saddles for ladies of the American gentry. Sunday lives on a bayou with a flock of unusually dextrous wild boar and a gold-plated rifle named Susan. She is an Aquarius. She can be contacted via her chief saddle seamstress, Carody Culver, who rides the digital trail at www.carodyculver.com