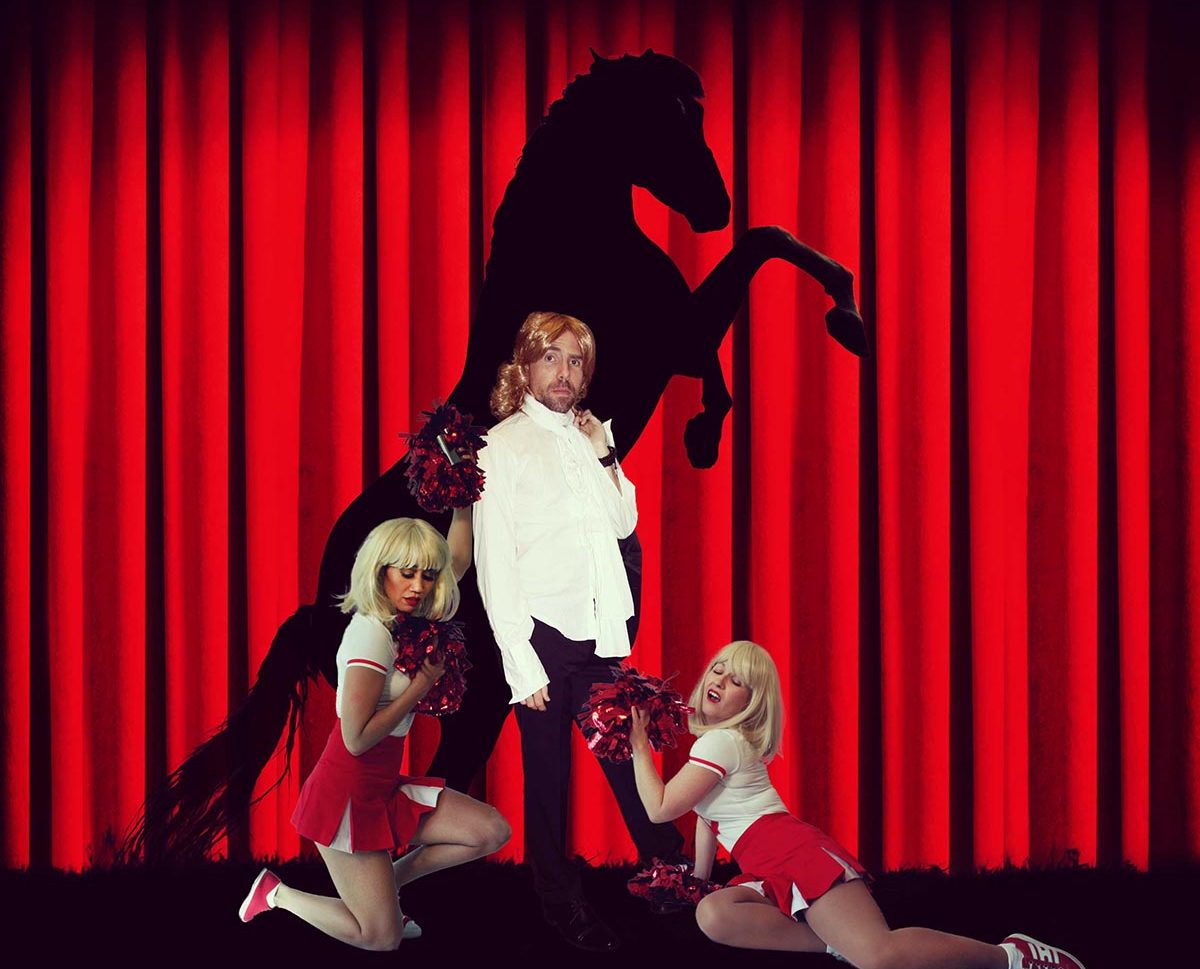 His guide horse lead him to me, as if its senses were totally in tune with his—an extension of himself—another beating pulse so untamed, yet totally in control. His long (and surprisingly well kept) hair blew in the wind that ripped around us as we stood beneath the tree where we’d first met, when fate—and his insistence on riding, although completely blind—had thrown us together.

Like a horse jumping at the gate, my anticipation grew. Oh, if he could just have looked into my eyes, he would have seen my need to devour him, like horse starved of its hay. My fingers caressed his long eyelashes and pranced around those perfect blue (but sightless) eyes. ‘If only you could see my hunger for you.’

‘I can see you with my hands,’ he said breathlessly, his voice a fine wind of sugar cubes and lust.

He pulled me close, causing a small squeal as he squeezed my body to his, his powerful arms encircling the tender ribs that our fateful collision all those months ago had created—the ache in my chest literally caused by that accident. His hands—rough from riding and falling over—repeatedly cantered over my face. ‘You’re beautiful.’ His breath was hot in my ear. My fingers raced along the landscape of his strong jaw, smooth but rough in the patches he had missed while shaving sightlessly.

I slid my hands down his loose, flapping, buttonless shirt. Why did his shirt have no buttons? Was his torso so strong and bulging that it burst the buttons off? His sightless gaze bored into the space next to my left ear as he said, ‘I want you to see how I see.’ He untied the sash that was holding up his skin-tight jodhpurs, then flicked it loose from his waist. I almost screamed as the sash cut a gash across my face, but I didn’t want to offend him as he couldn’t see what he had done.

And then he was gone, my eyes completely shrouded in an itchy cloth that smelt distinctly of him, sweet sweat mixed with the smell of the stables.

My mind raced in anticipation as I lay upon my back, the great muscle beneath me flinching—steam coming off his coat, my fingers braided in his mane, the braille of my nipples telling him all he needed to know. What was to come? I cried out, my voice trembling with excitement.

In the musky darkness, his voice carried on the breeze the word I was longing to hear. ‘Polo.’

St. John St. John is a first response homeopath, Krav Maga enthusiast and classically trained actor/spokesperson for the two gentlemen who write under the nom de plume Phoenix Le Claire. A passionate squash player and qualified celebrant, St. John is available for hand-fastings and other love ceremonies. His alter ego is Lucas Stibbard.

Amber Lance is not an alcoholic. Clues as to her alter ego, Lisa Fa’alafi, can be found at the websites for Polytoxic and Hot Brown Honey.