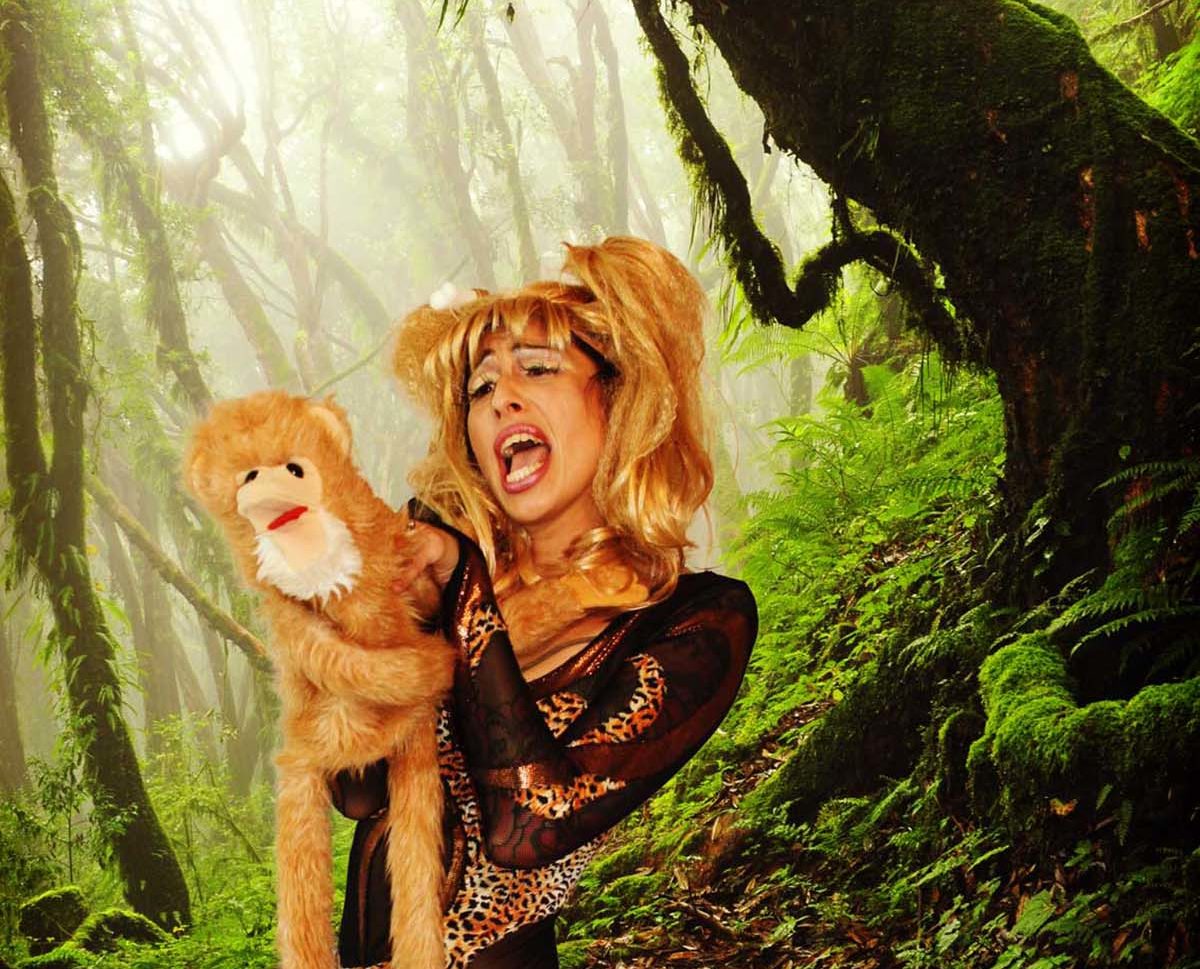 Loana adjusted the angle of the dead egret on her head and contemplated her resplendent reflection in the water of the lagoon. One minute she was an ambitious and dangerously attractive fashion designer with the world at her Jimmy Choos, the next she was bashing small marsupials with rocks, using Vogue Italia as kindling and polishing her teeth with a chewed stick. The end of the world was certainly not the fabulous party it had promised to be. Thankfully, Loana was resourceful and her time in the Ateliers had mentally prepared her to battle the wilderness both out there and down there. As a result, she’d managed to carve a niche for herself, as well as a small canoe, a duck whistle, and a pair of stilettos—so things were looking up!

As Loana was paddling elegantly along one fine morning, contemplating the textile potential of matted reeds and stabbing at the odd fish with a sharpened tripod leg, she had a nasty start. Was that a … man … in the shallows? Waving at her? Turning upstream, she paddled quickly away.

Two hours later she was back, dressed to kill in a jaunty chapeau she’d made that spring out of magpie wings and a brace of cerise seedpods. She’d paired it with a belt of carmine bottle tops cleverly knotted into a band that draped pleasingly around her bare hips, offsetting her feature piece, a ferosh concoction of gilded rabbit teeth and cat claws that ringed her swan-like neck. Brutalism was in these days.

Loana’s canoe bobbed in the water as she faced the unknown yet fiercely dapper man. Having taken her absence as an opportunity to have a fashion-forward flashback, he had rather daringly painted a mud trompe l’oeil suit across his solid torso and knotted a loose handful of water reeds rather dashingly around his thick neck. Wild hair broke out in rakish clumps around his agreeably desperate smile as he brandished a club of charred meat. In return, Loana langorously lifted a bunch of radish from the bottom of her canoe and aaaaarched, the sun at her back imprinting her dramatic silhouette on the stranger’s red-rimmed retinas.

Stunned by her savage splendour, he gasped like a clubbed carp (delicious!), then darted into the bushes, only to quickly reappear dragging a shopping trolley piled high with scavenged swag. Hastily throwing things about, he transformed the shore into a barbaric bordello with virile virtuosity. Branches bowed under rare brocade that cascaded over the sand, while to one side a fire curled warm licks of flame, tastefully balanced by a small mountain of meat, fruit, and yams beside it. Yes, it had classic appeal, but more importantly, it had protein … had Loana finally met her match?

She dropped the radish and paddled towards the man until his features came into focus. She pulled up sharp. It wasn’t … ? It couldn’t be … ? Donald Trump Jr?!?

Turning her little canoe 180 degrees, Loana swiftly paddled upstream. Not if you were the last man on earth.