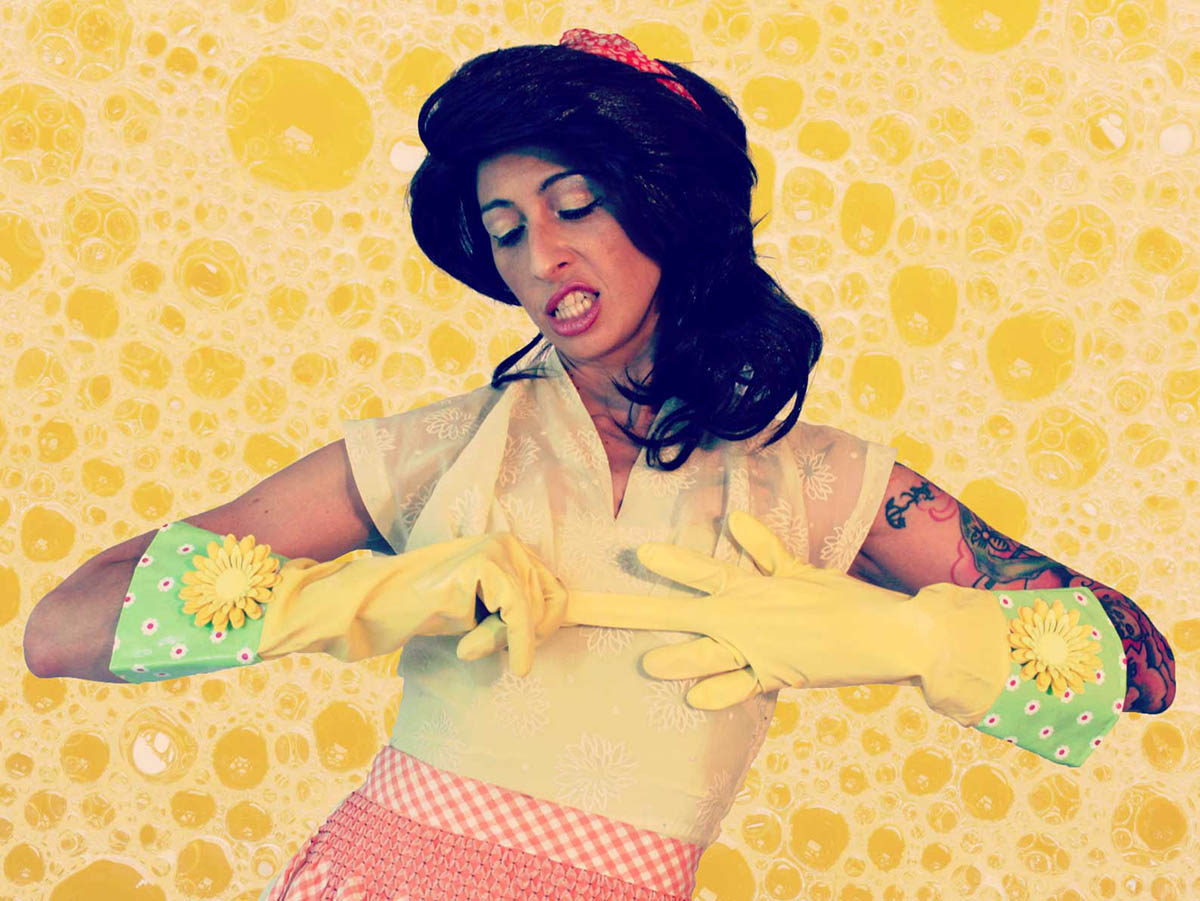 Lucille had been hard at it. A quivering mound of finely balanced crockery, bowls, wine-glasses, coffee cups, cutlery, pots, saucers, and tureens shone with feverish perfection. No scrap or stain could be overlooked—Lucille was on a cleaning bender that brooked no hesitation or self-doubt. An earlier attempt to correct her husband Desmond’s spelling of the word ‘ergonomical’ had been met with disdain, but the memory was almost scrubbed clean away. Onwards and upwards she stretched, bracing her hips against the laminate as she banged a tumbler down onto an upthrust fork. She flicked an errant curl from her china blue eyes; just one more piece and she would be spent.

Lucille’s favourite vase awaited attention. Molten waves of golden glass coruscated along a finely stemmed neck before billowing out into an invitingly globular receptacle. All its charms, however, could not distract from an unsettling encrustation that had built up inside the very bottom of its cavity. The opening, though splayed invitingly, was altogether too tight a fit for Lucille’s fist, regardless of how she shaped it. Two fingers sought purchase on the slippery passage, but lost to the vase’s lubricious yet unyielding sides, now slimy with soap. She reached for a long rod with a bristle attachment. This tool was an extension of her will—and that will was intent upon scouring Desmond’s stubborn insistence from her very neurons.

The brush head was twice the size of the vessel’s modest mouth, but by steadily pushing and twisting, pushing and twisting, Lucille slowly worked it into the frothy interior; she let out a small grunt of victory as it slid in the final few tight inches, then suddenly found itself in capacious new surrounds.

While in the tunnel, she noticed how filthy the track was, but before she could turn her attention to it, the train ploughed on, dragging her back into the lustrous light of her kitchen, her face reflecting off the dank dishwater in undulating waves.

Coming to, she felt powerful arms wrap around her from behind as Desmond’s manly hands encompassed hers. Lucille’s own arms, fortified by the industrial strength of Desmond’s, powered on until they were pounding with all they had. Together they plunged in brutal majesty, until the crust inside the cavity suddenly softened and peeled back, and Desmond took the opportunity to breathe an admission of error into her pristine ear: ‘It’s spelled with an ooooooooooooooh.’