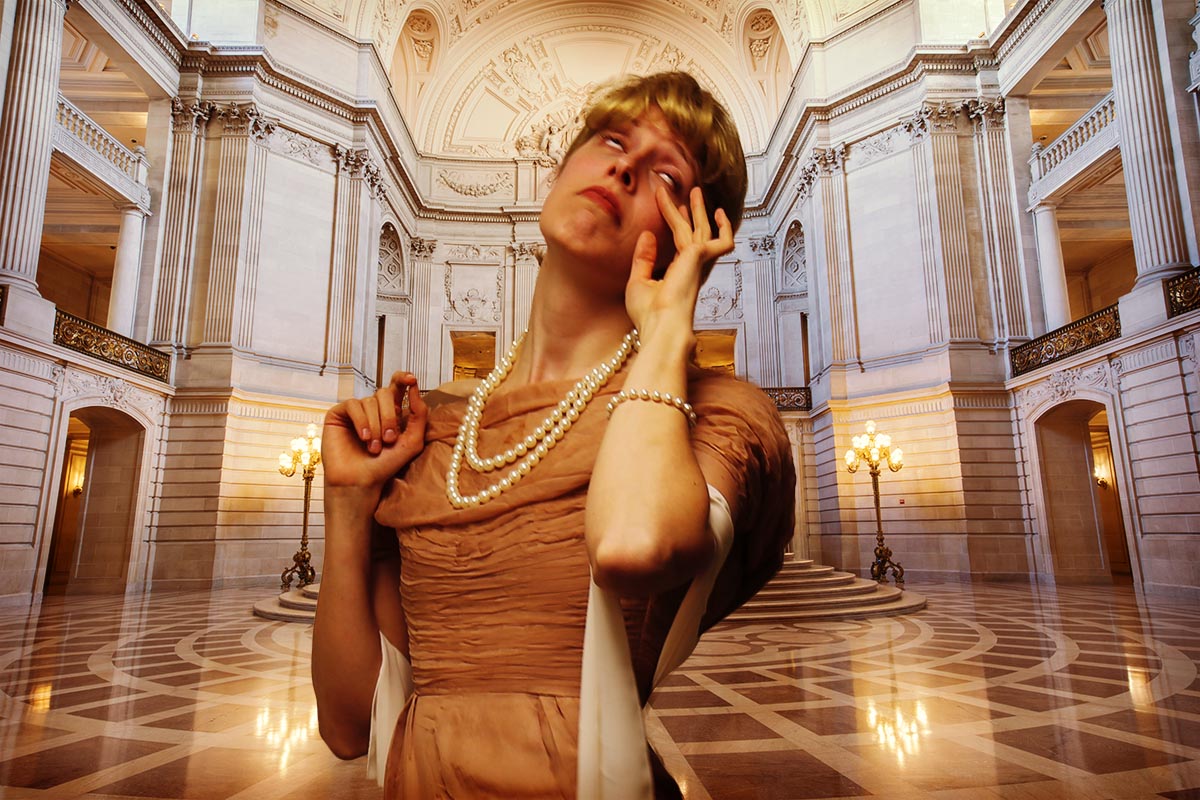 The grand ball at Fannybanks Manor was in full swell, but Lord Cholmondeley Florpington, Viscount of Grumhole Park, suffered in exquisite agony. Long had he ached, heart-sore; long had he fought to subdue his finer emotions; long had he endured the semi-colons of partially restrained passion. It would do no longer.

This sudden surge in ardour was caused by none other than her — he had spied her during the cotillion, glimpsed her during the reel, and gotten a real eyeballfull through the freestyle disco. Each time he dared approach her, he felt once again the full weight of her repudiation. And yet his heart, both heavy with regret and light with not-regret, demanded the satisfaction of her conversation.

At last self-convinced, he darted at once across the dancefloor, disrupting several debutantes still fresh from their court presentations. The young maidens gasped in alarum and then sighed in his presence, for he was of proud and haughty mien and very tight breeches. But Lord Florpington had eyes only for his beloved — her, Miss Lavinia Prunesley, formerly of Shroop-by-Tinfister, but since the scandalous dissolution of her engagement to Viscount Florpington, now of Slartsford Lane.

Her colour was up from the dance, casting her face in a rosy glow framed by golden curls. She met his gaze and a startled expression glanced fleetingly across her features.

“Lord Florpington,” she gasped. “I was informed you were in London!”

Florpington could not deny the elegance of Miss Prunesley’s figure. Her teasing blue irises sat limpid in her wet sclerae like blueberries on dinner plates. He could scarcely help but notice the heavingness of her bosom, milky ballasts that threatened to break free of their tight muslin confines. “I could not remain there,” he said, the flames of his ardour, and the tightness of his breeches, intensifying. “Miss Prunesley, I must confess I returned to Fannybanks purely for my own sake. Since our broken engagement I have tortured myself; indeed, I have neither slept nor eaten nor quenched my thirst. I even tried to stop breathing for a bit.”

Her eyes were wide, pleading; her chest was heaving in passion; her stays threatened to burst voluptuously. She gasped: “Your aunt will never consent to our union. You are a viscount, my lord, and I am a governess, and an orphan besides. I have but four pounds and tuppence a year, and you are heir to all of Felchingshire!” A hiccupping sob escaped her pert lips. “Your family has seventeen generations in Burke’s Peerage, while my own father was the lowest dungsmith in all of Crumblethorpe. We cannot be.”

Her small, fine-boned features showed such strength, masking such sweet sorrow, he was forced to repress a violent urge to sweep her into his arms and give her a real bodice ripping. No — his rakish urges must be subdued. Miss Prunesley was no ordinary debutante, to be seduced and forgotten as had once been his way. Since meeting Miss Prunesley, he had undergone a transformation. He was convinced his cruel aunt denied his suit to Miss Prunesley in part to protect the young governess from Florpington’s own wicked reputation. But he had changed — oh, how he had changed! No longer was he the rake, and she was no hoe. Now he was more akin to a supportive garden trellis, or perhaps a reliable pair of pinking shears.

Aware of the possibility of social displeasure, he pulled her towards a shadowed enclave and away from the prying eyes of the ball. “My darling Miss Prunesley,” he whispered. “Lavinia. Lavvy.” The sound of her Christian name on his masculine tongue made her shudder in nomenclastic ecstasy. He held her tight through her rictus, continuing: “There is nothing in this world that could dampen my affection for you. Not that rascal Bonaparte, nor the Mad King, nor even Beau Brummel himself.” He checked the obstacles off his fingers, concerned he may have missed an important figure of the times.

Her golden hair brushed her cheeks like angel kisses, and the warm limpidity of her orbs was made radiant by the candlelight of their secluded nook. It seemed her eyes sparkled now, not with joy at their reunion but with regret, heartache, anguish and remorse, plus a soupçon of sorrow to bring out the bitterness. She was a chef of emotion, and he was her mystery ingredient.

“Oh fye,” she gasped, and in her sweet breathy voice he beheld the tremble of her fine womanly emotions. He was astounded by her strong language, and how it unmasked the depth of her sentiment. He scarcely allowed himself to hope; yet she was now turning away, tears welling in the corners of her ocular cavities. She continued to gasp: “Fye, I say! For you have come too late, Lord Florpington! Just this evening, despairing of our broken engagement, I agreed to marry Duke Pantaloon!”

Florpington felt a large hand fall upon his shoulder. Manfully, he turned to meet his match — the glinting slate eyes of the devilish yet roguishly dashing Duke Pantaloon.

The Duke smirked as a devilishly dark cowlick fell rogue-like across his forehead. “Florpington, you old cad. I haven’t seen you since Eton. Amor et melle et felle est fecundissimus, as the most esteemed Romans said.” Pantaloon cut an imposing figure, broad shouldered, muscular, with raffish chest hair pressing through the open throat of his devil-may-care shirt. Florpington looked down and caught sight of the Duke’s enormous, bulging, tumescent calves, swollen like a pair of handsomely be-socked cantaloupes. How could Florpington compete with calves like that?

Florpington was filled with a fire. How dare that devilish Pantaloon steal away the only thing good and decent in his, Florpington’s, life. And so roguishly!

The Duke grasped Miss Prunesley by her delicate waist. “What was it you were wanting with my soon-to-be-wife? Last I heard, your dear aunt had rejected your suit. Not planning on eloping, were you? En ne faire pas tout un fromage.” In that devil Duke’s arms, Miss Prunesley quivered and seemed to swoon, overcome with the drama of the evening, plus the general aura of roguery.

Florpington removed his glove and with a sharp snap of the wrist, slapped the rogue Duke across his devilled face, coldly proclaiming: “You blackguard! You villain, sir! We may have been schoolboys at Eton, but friends we are no longer! Pistols at dawn!” The Duke merely laughed. Devilishly.

Virginia Dentata is the Mungo’s Creek Literary Awards long-listed author of such execrable historical novels as ‘Fondness in the Time of Fybrodysplasia’, ‘The Sisters of Skronkings Snerling’, and ‘Gertrude! A Tragedy in Verse’.

She is currently working on her next novel, a multi-generational romantic epic set behind the Iron Curtain, to be called ‘Hitting the Marx’.

Due to an old bearbaiting injury, Ms. Dentata dictates all her novels to her assistant, Ms. Catherine Moller.

Ms. Dentata lives in Malmingston-by-Tibia, with her seventeen weasels.