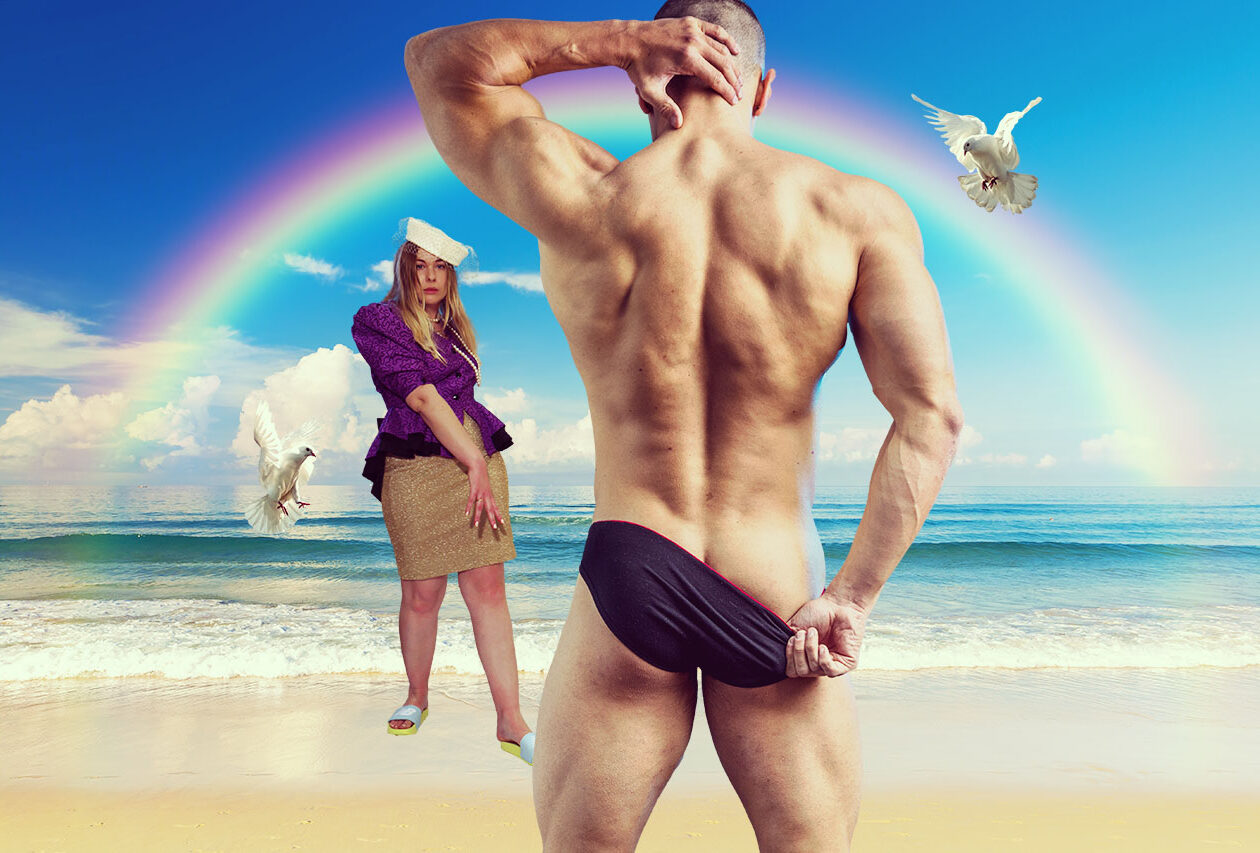 Ruby Von Clemmington looked into the mirror. Her cinnamon brown eyes were startled by her reflection. Was it possible she was more arresting than ever?

Her hair was scarlet, like vinous liquid, her cheeks flushed with the scarring of acne. She touched her jaw. Her bashfulness was induced by thoughts of him. Him. Quel homme! They flooded her mind, her thoughts, her sophisticated intelligence, which was finely honed during her idyllic schooldays at the exclusive Houghtington Academy for Girls, then meticulously refined during those stretches of summer at the luxurious Bond University, where she studied Latin. Him. Augusto. Her soul ached for him. And other parts, too. Her eyes grew glassy. Mediterranean waters rocked the yacht with gentle thrusts. She closed her eyes as she thought back to their first tantalising meeting. She was suntanning at a café in Cannes—a piano player interpreting ‘Clair de Lune’ in the corner, fairy lights twinkling even in daylight—when he took the seat across from her. He took off his sunglasses in a masculine motion and ran a hand through his bronzed bangs and erotic middle part. Ruby took a sip of her cosmopolitan to hide her instant attraction.

‘That man over there, that real estate mogul, is my father.’ Ruby shifted her gaze to look at the man in an alabaster-coloured linen suit who was standing by the entrance to the marina. The mogul lowered his Versace sunglasses to look at Ruby. The tail of his paisley neckerchief cavorted in the breeze. ‘He wants me to marry his client, Lucinda, who is in love with me, in order for us to settle a deal on her ski lodge in Aspen. However, I just can’t.’

Ruby looked out across the glittering fluid of Poseidon. Her heart beat fast at Augusto’s presence. An old man singing in Italian and pushing a cart of flowers suddenly paused in front of the duo, awestruck at their youthful chemistry. He presented them each with a yellow rose, tipping his fedora, eyes gleeful and glistening.

Augusto nodded to the man. Then he arched back to Ruby and, in doing so, re-swept his hand through his bangs. ‘Well?’

‘Will you pretend to be my fiancé?’ He blazed her with his stare. ‘I saw you sitting here, conveniently, and I knew. If Lucinda thinks that I’m taken, she won’t, she can’t, wait.’

Ruby pursed her lips. Of course. It was the only course of action that might ease Augusto’s predicament.

Ruby snapped out of her reverie and opened her eyes. Their first meeting: two days prior. Since then: living the lie of being engaged, sauntering around Augusto’s yacht. They played croquet on the deck, Augusto’s hands on Ruby’s waist as he adjusted her aim—until a stewardess opened a Dom Pérignon and the cork flew into the smouldering sol, and they abandoned croquet to fist-pump the sea air and pony-kick their legs under a waterfall of champagne.

But Ruby knew they couldn’t go on much longer. So did Augusto. They had fought just twenty minutes ago, and he had left positively anguished. It had happened: inevitably, irrevocably, but also unexpectedly. She had fallen for him.

Now she needed to find out if Augusto was going to catch her.

He would surely be back at any moment.

He suddenly appeared all at once in the doorway to the yacht’s cabin.

He tried to meet her gaze, but she refused him. She looked around the cabin, at anything but Augusto, yet his throbbing stare bore a hole into her.

‘Tell me what you’re thinking,’ he said.

Ruby tossed the longer side of her Gucci x Camilla asymmetrical silk beach cover-up over her shoulder.

‘I’ve already told you,’ she said. ‘It’s you whom hasn’t shared your feelings.’

‘You …’ Augusto took a quivering breath. ‘You make me want to be vulnerable.’

Ruby strode to him. He swayed to meet her.

Cherry Maverick grew up in the South of France to billionaire mogul parents and in the company of her beloved steed, Richard. Richard has since passed, but Cherry believes he is reincarnated in her fourth Tibetan spaniel, Richard IV.

Cherry was named chief operating officer of her mother’s company—Loque and Quay, interior design for entertaining areas within underground safe bunkers—at the age of twenty-two, and was named one of Vogue Living’s 2020 Avant-Garde Movers and Shakers.

Cherry is the leader of P&C associations for several boarding schools, though she has no children. She can be contacted via her assistant, Alex Philp, who is currently attempting to secure a deal for Cherry’s writing to be sponsored by Aesop.