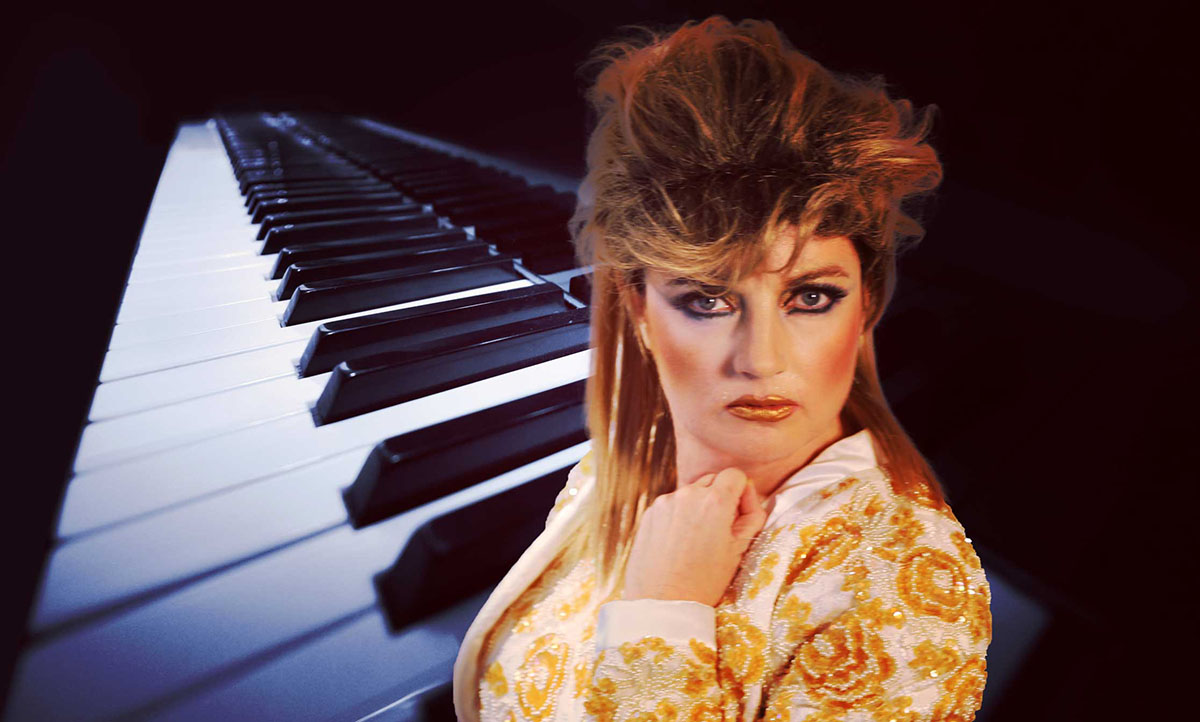 Aria waited breathlessly with baited breath: her renowned and very good piano tutor, Accesso Accelerando, a man of noted success and sharp, classical looks (but who didn’t flaute it), had interrupted their practice session to tickle her ivories in a signature virtuoso performance. Minuets and seconds passed by. Could this be a prelude to a marriage proposal?

But then her grand hopes fell flat. He’d never duet. Reed the signs, she chastised herself. He’s playing you. Messiaen around. Fiddling about your G-string hoping to score.

Aria was getting into a sombre rhythm. I’ll never snare anyone as clefer as Accesso, she sighed, he isn’t here for tenor love and care. Marriage is not his forte, and thinking otherwise will only lead to treble.

Aria had the impression Accesso was well versed in love. She probably couldn’t Handel someone so octave. She gave a measured, melodic sigh. I’m strung up on him, and it’s a pain in the brass, but I must refrain. Romance is all Grieg to me and there could be Payneful repercussions. But I mustn’t Strauss over it. Sonata problem. If it ain’t baroque, don’t fix it.

Still, Accesso struck a chord with her, and her curiosity was sustained. Why had he never proposed?  And why did he fret and turn blue whenever she fingered his disused organ? Why, without missing a beat, would he invite her to play with his other instrument—a cello—instead?

There was something off-key here. Why was he always Chopin and changing? What was he Haydn? Then, with a crash, reality chimed in. One of his beautiful pianist hands bore a wedding ring. Was she in a love triangle? Did he want a trio? Had he orchestrated this without her accent?

‘You lyre!’ she intoned, ‘how could you be so Callas!’

He closed the meter between them, his eyes redolent with forbidden explanations, and his voice, had he used it, a lovely timbre. But this was no minor setback. Aria sought to bar him from her heart and would not accept his silent pitch.

‘Bach off!’ she cried, in full prima donna mode, ‘there’ll be no encore. You’ve debassed yourself on a major scale and are forever diminished in my eyes—no matter how you spinet. You’re band!’

At the height of her tempo tantrum, Aria turned, impromptu, to Accesso’s forbidden organ; she seized it with both hands—determined to stroke and pluck and tease and strum it until he came … to his senses. She flicked the on switch—but turned herself on instead. The memories flooded back like a repeat chorus. Accesso was indeed married—to her!

Aria remembered it all! She didn’t need a piano tutor—she was a pianist! She and Accesso were a duo! At their wedding reception, she’d planned to give him a tour of her heart—in concert with this very organ—which must have been incorrectly wired. Her powers of deduction built to a crescendo as she realised the electric shock must have been instrumental in muting her memory. Accordian to science, victims of memory loss must be permitted to recover at their own cadence.

This anonymous tutoring of his once-lost wife was Accesso’s solo love opus. And here she was—harping on and trumpeting her pain. What a way to conduct herself! As Aria remembered the beautiful music they had made together her heart beat in four-four time. Accesso’s beautifully percussive face assured her they were in tune.Now she understood—the alternative instrument he so often proffered was a cymbal of an alternative future. A future where they could forget the past—together—and live in harmony. Finally they were in achord.

She is also the unwieldy ego alias of Jackie Ryan, who can be found in digital form atwww.jackieryan.net and www.burgerforce.com.