LETTERS TO THEIR BETTERS

Here at FFA HQ, we receive literally tens of fawning fan letters every quarter (approximately). Sometimes our kindly members dip their quills into the inkwell of writerly wisdom to help smooth the unsightly frown lines of ruffled writers seeking recherché recommendations on rhetoric. Such wisdom-seeds are then sewn into our Pearls of Wisdom section to benefit the advice-starved writing masses.

Mid-Speed Keys in The Mid-East writes:

Dear Fastest Typewriter In The West,

It’s been a troubling season, as I’m sure you know. Crop yields and exports and trade wars will test even the most patriotic soul, specially if that soul’s one that travels alone most of the time anyway. Used to be easy, you know, to write bout all this, outside of a letter you probably won’t read. Used to write about it all in metaphors and whatnot—fiction, stories! Now I feel like I’m out of those. I feel like this country’s dried up and I and the rest of us along with it. All the best books I read these days come from the countries we send our cattle to.

Mid-Speed Keys In The Mid-East

The Fastest Typewriter in The West replies:

For starters: the name—let’s get that out of the way, shall we? You’re selling yourself short, my man. Embolden!—and that’s all I’ll say on that. Second up—I’ll have you know I read every one of these letters, thank you, and I’m tired of the allegations that I don’t.

But to the core of your inquiry, and to your dry spell. Just for you, I’ve attached a list of story ideas that I’m never gonna use. Yep, you read that right: they’re all yours, Soon-To-Be-High-Speed. But I warn you: get in quick. After all, I have quite the readership.

The Fastest Typewriter In The West

A divorced man drinks six tinnies on the back deck. He goes for a drive.

A divorced man goes to his son’s cricket game. His son loses.

A divorced man calls his sister. She is preoccupied with a success he could never achieve.

A divorced man longs to work in agriculture, like all his friends. Out west, a storm hits.

A divorced man’s brother dies in an industrial accident. Unions are a good idea.

A divorced man interacts with a gay man. Civil unions are a bad idea.

A divorced man loves his hometown but wants to move deeper into the Australian outback. If he moves he may never see his son again.

A divorced man wants to go surfing, like he used to, back when things were better, but his board comes off the roof of his car while he’s on the M1. He goes anyway, and screams on the shore.

A divorced man starts a social AFL team with his friends. He kicks the winning goal two minutes after the game.

A divorced man receives a ticket for leaving debris on the M1. He’ll deal with it after he’s done drinking six tinnies on the back deck.

A divorced man’s childhood hero dies. There is no state funeral, but he pours six tinnies out on the back deck for the great man anyway.

A divorced man never bloody knew about income tax. He drinks six tinnies on the back deck.

A divorced man goes camping in the Australian outback. He befriends two vaguely European backpackers and learns something.

A divorced man goes to work and is confronted by a lack of job security typical for his demographic and line of work. He should have learned a trade. Out beyond the window, a tree is felled. He closes his eyes and sees his daughter in the car. Her makeup is running. He asks his boss about income tax.

A divorced man is kicked off his own social AFL team. ‘Ha ha,’ he says. ‘Kicked off.’

A divorced man texts a divorced woman and asks when his son will be arriving today. Later, he drinks six tinnies alone on the back deck.

A divorced man goes fishing. He remembers when he was young always asking his own father when they could go home, and he wishes he had someone asking him the same thing.

A divorced man receives a follow-up letter regarding the debris he left on the M1. After six tinnies on the back deck he sends a reply.

A divorced man walks down the road. He sees construction work; he sees shoes tied over the powerline. His town is not what it used to be.

A divorced man is sending continuous letters to an empathetic bureaucrat named Sally. The openings of her letters move quickly from ‘To the owner of vehicle with registration number 211ASB’ to ‘Dear Fred’ to ‘My dearest darling Fred’. They correspond for a while. Sally replaces a bureaucratic number in one letter with her phone number, which begins with 04, and the divorced man calls her. They have phone sex, once, and he feels empty afterwards and hangs up. Sally keeps calling him and he just lies there. When he goes to call her back, his wireless landline has run out of battery.

A divorced man tries to sustain a long-distance relationship. He tries to install Skype, but finds that technology clashes with his traditional Australian values.

A divorced man is with his son. He explains to his son that he might have a new mum soon. His son says he already has a perfectly good mum and that this situation interferes with his preconceptions of the ideal Australian family.

A divorced man explains to his son that two mums are better than one. He reminds himself that one mum would have been nice.

A divorced man’s son isn’t sure about a lot of things. A divorced man reminds him that civil unions are bad, and his son asks to go home.

A divorced man gets nervous before flying. He texts his friends apologising for not being able to make the game on Saturday. They remind him he is off the team. Tears gather on the rim of his seventh tinnie of the day.

A divorced man is met at Canberra Airport by a woman he has never met before. He goes to kiss her, but she only hugs him. He wonders how fast a return flight can happen. At the end of the story, she holds his hand.

A divorced man spends a week in Canberra. He wonders why anyone would prefer this place over the Australian outback. He asks his girlfriend and she says cities make her feel safe. He asks: ‘Don’t the trees make you feel safe? The horses and the bats? The spiders who are troubling but who are also your only friends?’ and she says: ‘No.’

A divorced man buys flowers for his girlfriend and sets them up in a vase on her table. He rearranges them as he thinks about his son and his daughter. He goes to the toilet and he is still there, crying, when his girlfriend, the empathetic bureaucrat named Sally, comes home. She says: ‘You leave tomorrow.’

A divorced man has sex with his girlfriend. This is the whole story.

A divorced man wakes up, walks around an apartment, looks for any trees at all out the window, and then dresses. He gets a lift to the airport. His girlfriend says: ‘I don’t think we should do this anymore.’

A divorced man gets nervous before flying. He texts his friends apologising for not being able to make the game on Friday. They remind him he is still off the team. Tears gather on the rim of his eighth tinnie of the day.

A divorced man returns home to the Australian outback after some time away. He feels disoriented and the story hints at depression without ever naming it. The bartender delivers a monologue about traditional Australian values.

A divorced man goes back to work after some time away. His boss breaks some news.

The Fastest Typewriter In The West is so fast he doesn’t blame you for having never seen him nor his widely read and broadly appreciated advice column before.

And yet, he’s always been here, by your side as you write, looking over your shoulder and disapproving of your use of a ‘personal computer’. You don’t see him calling it a ‘personal typewriter’, do you? And yet you know full well his typewriter is his, from its custom brass keys to its perfect lubrication and the smooth slide of its hammers indenting crisp 100gsm page after page as it types ‘Yes sir, Mr Fastest, please sir, faster, oh God, oh God, no one is faster than you’.

And she’s right. No one is.Non-advice queries should be made to Mr Fastest’s inner-city confidante, Jonathan O’Brien, through his ‘personal website jonobri.com.

How to Achieve a Satisfying Climax Case study → 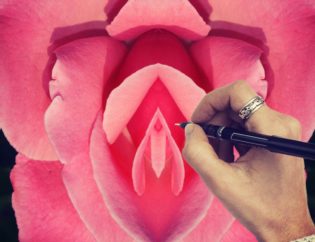 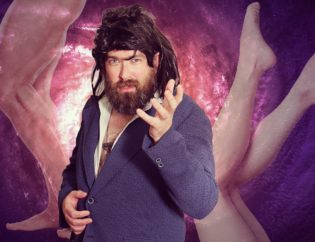 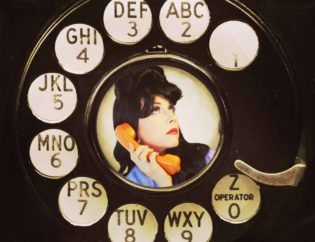 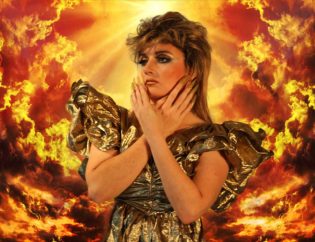