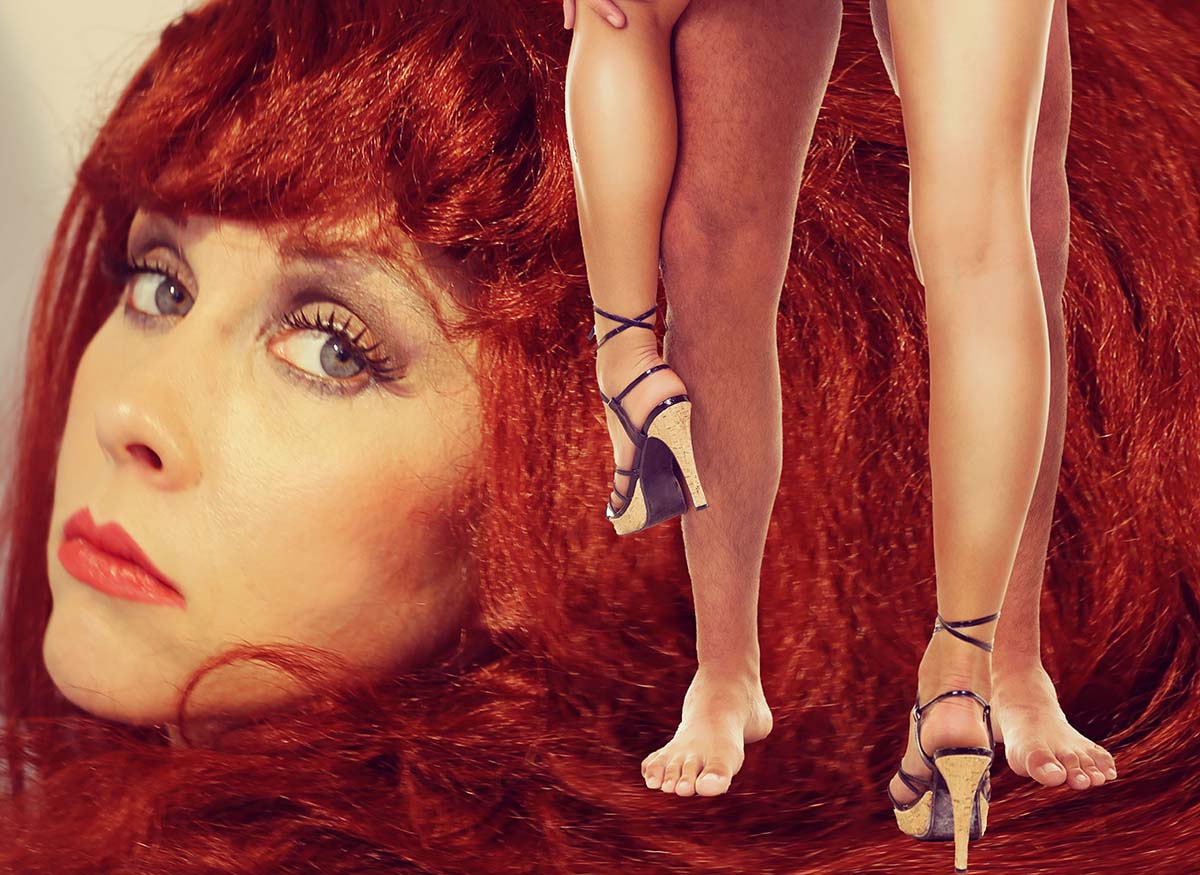 Her name was Sassy LeMoan and she was sassier than a canary in a drum and sweeter than a fat stack of wheats. She was a real dish, a classy dame with gams up to her elbows and pistol pockets that could take out a man’s eye while socking him in the heart.

But Sassy was on the nut and down on her uppers. She needed some serious cabbage, and she wasn’t gonna get any centuries from the bang-tails. So she got on the horn to her old boss Private Dick Farlap Bones, a man with mitts that wandered further than a bindle punk in a bent car. Now Sassy was on his latest case: gunning for the knocked over jewels of Lady Hessian Clavicle, Heiress to the Clavicle Canned Corn Fortune and a real fancy ankle; but she was also a bearcat who had put more than one man in a Chicago overcoat.

Lady Clavicle’s collection had more ice in it than the Antarctic. It was flimflammed by her ex-lover, Bison La Douche, a boozehound more bitter than a glass of hootch.

As usual, Farlap had put them behind the eight ball—Sassy was dropping dimes in the office while Farlap hit the streets to get the dope. He wasn’t a smart dick, even if the meat was right in his map. And now, Sassy was a Jane in a jam. She and Farlap were getting the third at Lady Clavicle’s joint and they didn’t have jack.

‘Where’s my jewellery?’, Her Ladyship said through strained pipes.

On the square, this was a real busted flush. ‘Lady Clavicle,’ Farlap said, ‘the loogan who took your diamonds musta lammed off. That’s the crop. I’m giving you the lay, I swear.’

It was no grift: the goods were gone. And Lady Clavicle wasn’t paying spondulix until she had them back.

Back at their office, Farlap lit a Lucky and got a real slant on Sassy. He seemed hinky, like a greaser at a casino. ‘Stop giving me the dust,’ she said, ‘and tip your mitt.’ He leered at her like a butter and egg man in a creep joint. ‘Sassy,’ he said, ‘It’s time for me to sing. I’m in a dizzy. You really speed my pump. I can’t stop thinking about pitching woo with you.’

Sassy blanched. ‘Break it up, Farlap! You’re tooting the wrong ringer. Are you lit? You better shoot the works!’

‘Baby, what I told Lady Cornhusk was the bunk—I know where the jewels are. We can soak them at the hock shop and make a clean sneak to Vegas!’

‘You big palooka!’ Sassy cried. ‘What a jingle-brained plan! This job shoulda been duck soup, but now we got no spinach. It’s a trip for biscuits! If Her Ladyship finds out, she’ll serve us some Nevada gas and we’ll both do the dance! Why, I oughta squirt metal and give you a harlem sunset for bein’ such a bunny!’

And if Farlap got the wire that Sassy’s moll was Fussy Merkin—his ex-skirt, the chick he’d chiselled out of her hard-earned jack and then left for some chippy he met in a flophouse—Fussy and Sassy would be seeing Chicago lightning and Sassy would get the bum’s rush and a wooden kimono for sure.

‘Sassy, kitten!” said Farlap, ‘Say yes to the coolest cat in town, and we’ll have the bees when we pawn that hot loot. It’ll be eggs in the coffee.’

Sassy wasn’t anybody’s patsy. Just as she was about to start snapping a cap, the sound of squealing tyres tore through the air like a lug through a window. It was Fussy Merkin, dolled up to the nines in her best fake oyster fruits, behind the wheel of her shiny red flivver. ‘Let’s dangle, Sassy!’ she yelled. ‘Give that goose the gate and get in the bucket!’It didn’t take Sassy long to crab the situation: Fussy had done some gumshoeing herself and found Bison’s secret stash, and Lady Clavicle had rewarded her with a fat stack of mazuma. They had the bees, they’d skipped the jump, and they were hitting on all eight. What a knockover—and what a pair of wise-head copacetic broads.

Minty McGee needs a stiff drink, she needs a pack of Virginia Slims, she needs a decent man. The first two are easy; the third is about as hard to find as a private dick with a conscience and a house in the country. Minty’s a dame who makes a dime writing crime romance, but she’s damned if she can solve the eternal mysteries of the human heart. She once had a fling with Detective Philip Marlowe, but she’d prefer it if you didn’t bring that up.

She is also the alter-ego of Carody Culver, who resides in digital form at www.carodyculver.com.