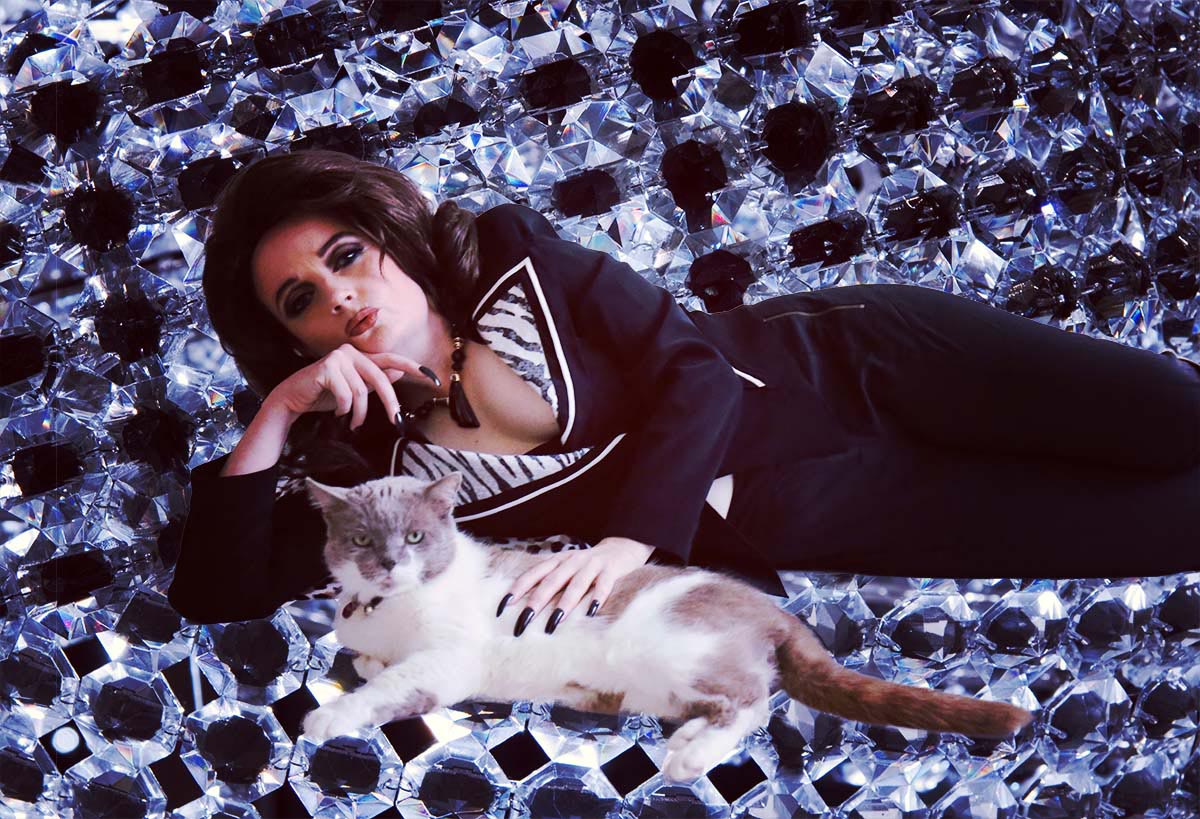 Cash Mercantile, one of the most successful financiers in the global world, stretched his precisely-haired arms behind his handsomely tactile head. His arch nemesis, the robustly beautiful, chestnut-haired Penny Ledger, was about to be as liquid as the pools in her eyes. Cash felt a growth rate stirring in his draws; he couldn’t wait to be the primary shareholder of Penny’s assets. Oh, how he admired her spread. At that exact precise moment—like a butterfly flexing its wings in a distant forest—there was a vibration in his expensive intercom.

‘Excuse me, CEO Mercantile,’ said one of his many secretaries, ‘your arch nemesis, Penny Ledger, is averaging down upon us.’

Cash raised a sculptured brow with a gentlemanly amount of hairs in it. Penny Ledger? Here? There was no accounting for it. Did somebody teller?

Just then, Penny stormed through his exquisitely carved CEO doors that had been inlaid with diamonds and many other indicators of wealth. She paused a moment to appreciate Cash Mercantile, who both compelled and repulsed her in the same way that there are still mysteries beneath the sea.

‘What are you playing at, you mercantile rogue?’ Penny barked while whirling her chestnut hair. ‘I’ve seen the metrics. If the stakes keep rising in the commodity sector, you’ll offload a quintillion septuplets and actualise the mega corporation beta finance participles!’

Cash gave her a lazy eye. ‘It’s worse than that, if you get my draft.’

The lazy eye was actually a ploy. Penny’s financial lexicon—in tandem with her clearly superior heart—made Cash want to vault across his desk (which was large and befitting of his status) and broker an amalgamation with her face. Oh, how he wanted to impound her. Beneath that desk, his personal stock continued to rise; he was going into the red. Cash masterfully held himself in cheque, directing his extraneously manicured hand towards a prestigiously elaborate yet manly button. He depressed it most powerfully, then said, out loud, ‘I just matrixed the growth tense of every quantifiable conglomerate, then sub-primed the before-tax futures of the market.’

‘But then …’ Penny calculated.

‘Yes,’ said Cash, again. ‘That means I own you, too. And I’m keen to exercise my options—so let’s have some mutual fun.’

Penny fixed him with an evaluating eye. He was handsome in a freshly minted human-slaver sort of way, and she liked his bottom line, but she could never come to terms with being bonded to him. Cash mistook this thinking for assent, charged across the gap, and seized Penny with one hand and then the other.

Now Cash loved her even more. ‘Well then’, he said, ‘I’d like to make a deposit.’

But Penny withdrew. ‘I can’t bear it! Leave me a loan!’

Cash was at a loss. Then he collected himself. ‘I owe you an apology. Marry me!’

This threw Penny off balance. ‘What? Go public?’

‘You’ll never get a better return!’

Oh, Cash … we’ve been arch-rivalling too long to incorporate. It would be such a high-risk future!

Cash didn’t agree with this prospectus. ‘Penny! That doesn’t make cents! I’m offering you the world!’

‘No,’ said Penny, wistfully, but with a hint of feminism. ‘It isn’t yours to give.’

‘Yes,’ said Penny. ‘Before your matrix ploy, I actualised the financial sub-epidural protocols on the integers of every prime expenditure procurement annuity in the known transglobalconglomosphere.’

‘Then …’ Cash’s whole body depreciated. His emotional intelligence was spent.

‘That’s right,’ said Penny, giving his cognitive skills the benefit of the doubt. ‘I’m the master of the universe.’

After all he’d invested—and for so little gain—CEO Mercantile cashed out. You can lead a horse to water, but you can’t make it stay there. ‘I only secured the world as an initial public offering to you, Penny. But I see the margins between us are blue chip. I yield.’

But Penny had some insider trading of her own to share. ‘You’ve matured, Cash. I’ve always been interested in the volume of your portfolio—and I endorse your corporate raid on the earth to attain me. I also credit you with offering to marry me to get what you want rather than using force. I’d like to limit your losses and offer you access to my hedge.’

Cash’s private index swiftly rallied. He beheld her in his arms as they prepared to make an exchange, and marvelled, ‘Your moods are so variable.’

Penny’s lips rippled sensually with her closing statement: ‘You can bank on it.’

A highly intelligent, natural born leader, Valkyrie Cul-de-Sac is the Convenor, Grand-Vice-Executive-Chancellor, and Supreme Foundational Member of the FFA. She is aware of many awards.