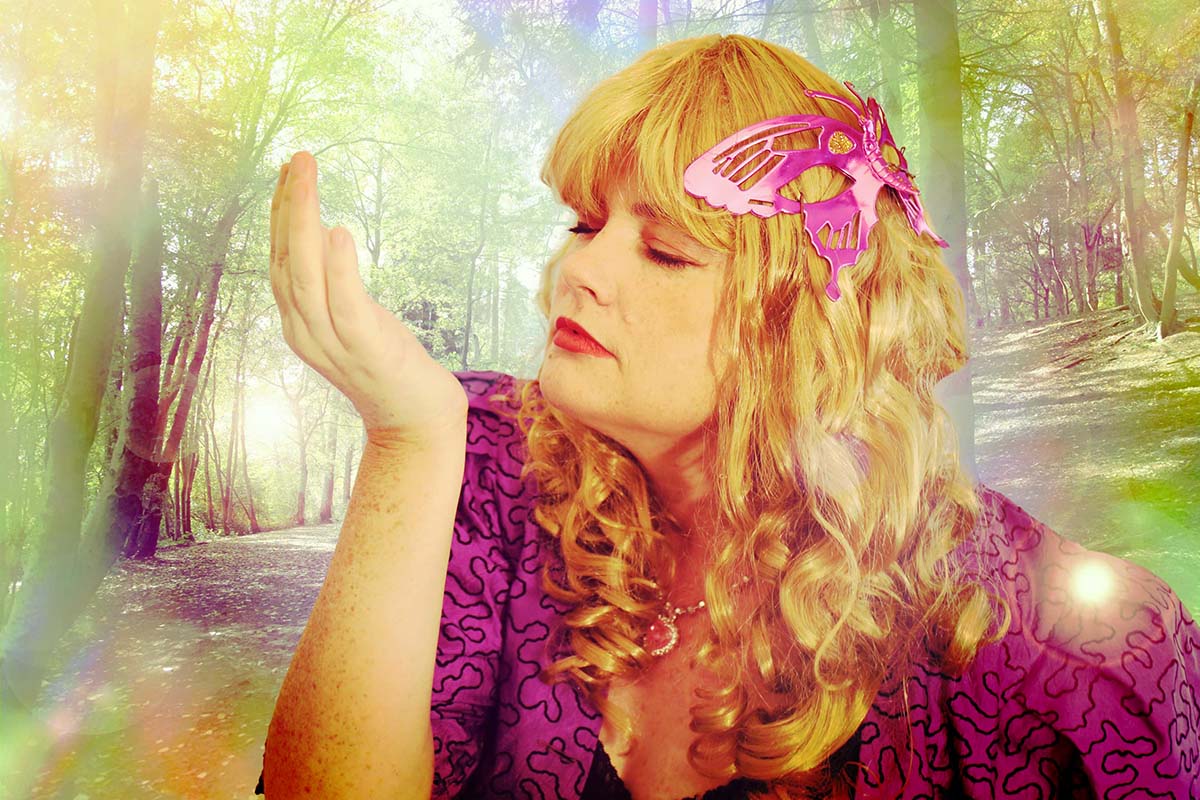 Samanthonella Breston waved cheerfully at her dashing Italian boyfriend, Mario Duro, as he zipped off in his exciting convertible. She always adored the rides he gave her. Clutching Eiffel Tower, her sausage dog, under one arm, she paused on the faux cobblestone footpath outside Plaza Dame Blanche, that newest of newly minted high-end shopping precincts. Her flawless nostrils quivered as sensitively as blancmange in an earthquake, as they hoovered up the fragrances that lingered in the cool morning air …

The wan, green tea skin scent of a thin, sad young woman bent under the negligible weight of a yoga mat. The aggressively sprayed aquatic florals of two power walkers in loud conversation with each other. The creamy, woody iris of an elegant lady tearfully using the F, C, B, and W words at her soon-to-be ex-husband, as she slammed the passenger door of his four-wheel drive. A tender expression of concern crossed Samanthonella’s pretty face upon witnessing that last scene, but after about two seconds, she skipped daintily through the Plaza’s entrance to a tiny shop’s front door. A sign by that door read ‘Colognic Capers: A Scented Experience’.

She sighed happily as she let herself in, and allowed her young, pink lungs to fill with the shop’s glorious scent. Almond, violet, sandalwood, and something reminiscent of a Persian kitten’s soft, clean fur. Eiffel Tower curled herself up contentedly on her little bed in the corner. It had long been Samanthonella’s dream to open her own fragrance boutique, and a generous inheritance from her eccentric great aunt, Maude AB Patterson-Toklas, had finally made it possible. She had quickly assembled a discerning clientele, though she was puzzled by the stream of telephone calls from what were obviously agricultural specialists, asking if she did two-for-one irrigations.

She sighed again, this time less happily. When, and where, would she find a man who shared her fragrant passion? Her university boyfriend, Josh Hole, was the hot but dopey scion of a local family that was big in construction. ‘LOL, u r sad with ur weird smells,’ he would say in the morning, after a torrid night of lovemaking on tangled sheets. He always ignored the Eau Sauvage she proffered. Instead, he aimed mind-numbing blasts of Blue Sword Aquatic Extreme Solo Adventure Sport Solo Sport Adventure deodorant spray ($3.99, no rain checks) at his acrid pits before rushing out the door to fail some more of his engineering subjects.

Mario was somewhat better. A tasteful Milanese, he wore a bespoke cologne, an old family recipe. It was a refreshing elixir, redolent of Sicilian lemon groves, Venetian palazzos, herb-strewn Tuscan hillsides, and other Italian stuff. Very nice, but a little boring. Samanthonella longed for him to change it up, to try something more exotic and spicy. Something risky and a little dirty, to enliven their nights together. He never did, though. He never bothered to try any of the fragrances she suggested, either.

A firm, manly knock on the door roused Samanthonella from her melancholic reverie. She sighed again, this time in irritation. The shop wasn’t open for another fifteen minutes, and here was a rude stranger, crudely inserting himself into her private part of the day. The sigh was halfway out of her mouth when she inadvertently sucked it back in again with an uncontrollable, admiring gasp. The stranger was gorgeous, an obvious Western Queensland man. He was clad in immaculate, close-fitting RM Williams casuals, which gave away more than a hint of his lean, rangy musculature to Samanthonella’s hungry eyes.

‘Um, I’m Samanthonella Breston, the proprietor.  How can I help?’, she breathed huskily.

‘Mornin’, love, I’m Lachlan Irwin-McCall, and I was hoping to talk fragrance with you.’

He heaved an old-fashioned leather bag up onto the shop’s counter. ‘Y’see, I’ve created my own range, and I’d like you to stock it.’

Samanthonella sighed yet again. ‘It’s so kind of you to come in, Mr Irwin-McCall, but I’m afraid I can’t stock the work of amateurs. I’m sure you understand.’

He held up an alluringly work-roughened hand.

‘Hear me out, Miss Breston. I was a country boy, a boarder at Scots PGC in Warwick. After Year 12, me and my mates went to France for a few weeks for something different, I suppose. After a big night out on the rum, I missed the plane back to Brisbane, and I sort of fell into perfumery school. Mum always said I had a good nose on me. Over the years, I had quite a few successes.’

Her eyes widened as he mentioned the names of some of her most cherished favourites.

‘But, y’know, eventually,  I got tired of Paris. I really wanted to plunge myself deep into the soft hills and wide valleys of the Darling Downs, just like the old days. I missed the countryside too, of course. Time to come home.’ He smiled as he dipped a slim white paper strip into a bottle.

‘Smell this. I call it “Swanbank: For Men”. After the power station at Ipswich.’

She closed her eyes and smelled. It was a rough, but alluring blend of cool, dark mineral notes, with a smoky edge, a faint suggestion of sweat, and a base of smooth wood. It was quite uncanny how he had expressed, in scent, the hopes, dreams, and fears of a generation of working-class men in Queensland’s biggest coal town, to say nothing of the decommissioning of four-fifths of a major power station.

‘Now, try this one: “Moist Moleskin”. Also a men’s number. Can’t let the ladies have all the fun, can we?’ Samanthonella was enthralled. The masculine, animal note was stronger this time, but it was overlaid with a delicate filigree of eucalyptus leaf and rare Channel Country flowers. In her mind’s eye, about ten of the Hemsworth brothers, dressed as naughty stockmen, carried her off on horseback to a luxurious country homestead for days and nights of unimaginable pleasure.

Samanthonella blinked her lovely violet eyes slowly. ‘Do you … have anything else?’

‘Yes, I do, but it’s been controversial. It can cause a really strong, uncontrollable reaction. It’s powerful, beyond anything most people have experienced. I won’t give it to you on paper. I’ll put a bit on, you can smell it on my skin. Works best that way. Now come closer, Sam.’

All of a sudden, the Australian landscape shattered and reassembled itself into a startling—and arousing—new form. The rough stone shafts of the Three Sisters separated themselves impetuously from their ancient, rocky base in the Blue Mountains and thrust deep  into the rounded bowl of Mount Gambier’s Blue Lake. The complex headwaters of the Murray-Darling riverine system leapt from their weed-strewn beds to grasp the breast-like formations of the Olgas. Huge quantities of warm, salty liquid gushed out of Port Philip Bay, through The Rip, and liberally moistened the coast of Tasmania.

Ms Eliot-Kennedy Kennedy Kennedy lives alone in a luxurious penthouse at an undisclosed address in Kangaroo Point. There, she passes many pleasant hours reminiscing about her three brief, but satisfying marriages (not concurrent) to three lesser-known members of the Kennedy clan, Bink, Toddie and Nobbs.

She produces up to one hundred and fifty words of polished prose per year.

Those who wish to express admiration may write to her girl Friday, Jane Elliott.