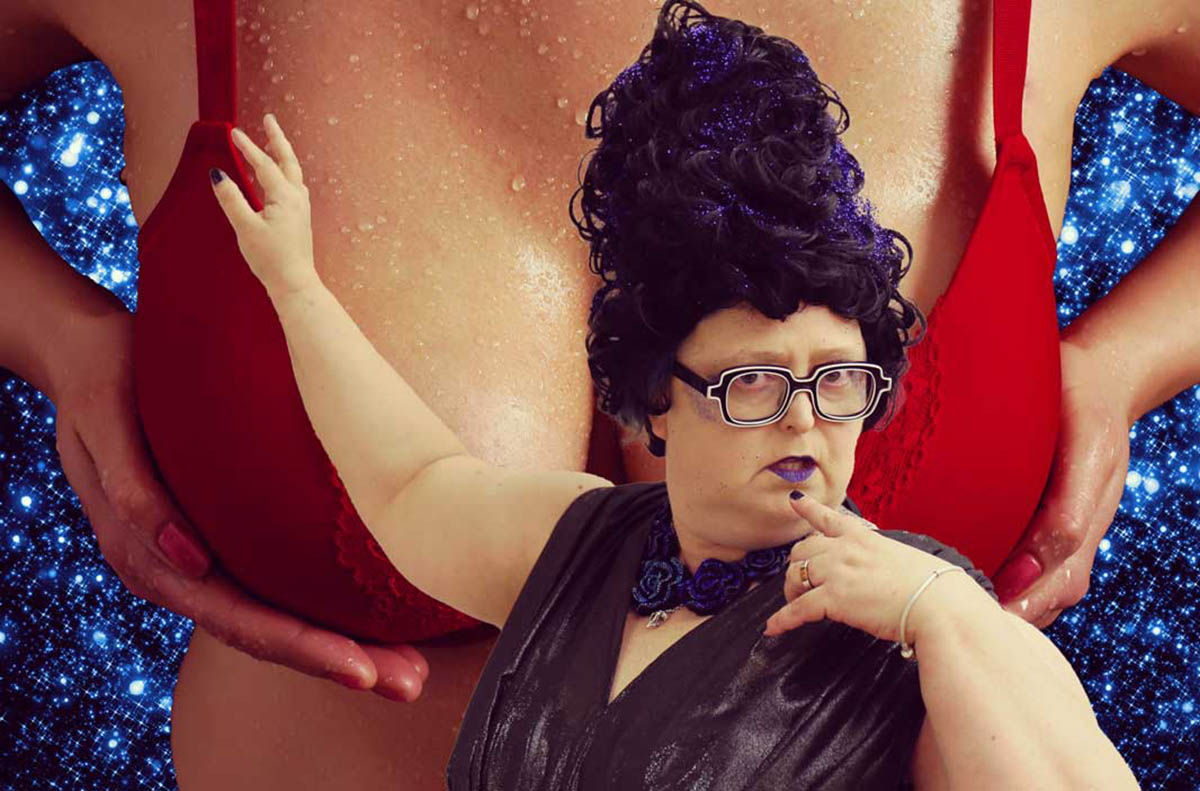 He was reading her again. His fingers lighted on her lurid dust jacket. He teased her, just with a fingertip at first, stroking the glossy raised lettering that cut across her spine, glancing across her ISBN. He pulled her closer with a fingertip, stroked his eyes lustfully across her glossy flank, devouring just this first glimpse of her. She had been longing for him to dive back into her. His first foray had left her ravaged and gasping for more. It was only when he picked her up that first time, cracked her spine back, stroked her yellowed vellum and thrust his attention into her that she had really understood all the many and varied adjectives that had always been inside her.

Her paragraphs heaved as he drew a line under her sentences with the tip of his finger. She swelled under his undivided interest. He rested the palm of his hand against her page and she grew incrementally damp. When he had reached her climax that first time she had felt a tearing. Her page had ripped slightly, coming away from her perfect binding, a sharp pain and the sinking into pleasure exactly as described on page 57. She had known it would be like this, but she realised then that knowing was not the same as experiencing the sudden rush of joy. And then when he took the edge of her slightly loose page and folded it over, it was a little message to her that he would return, akin to a man getting her phone number, which was what happened inside her on page 63.

And here he was again. His return. His hands were smoothly toned. They smelled lightly of soap and strongly of diesel fumes. He was a real man. She shuddered under his calloused thumbs. This was a man who knew his way around a hardware store. She was sure of it.  She had never expected to be read by a man like this.  Despite the scene on page 210, she had never really been into women. She had been passed from woman to woman, used by them, stroked by them. They lay her close to their heads on their pillows and panted their lust onto her pages. Their hands smelled ripe with their own juices as they turned her again and again, leaving sticky fingerprints, impregnating her with their slippery joy.

This was different.  When he finally took her firmly in his grease-stained hands she felt like it was for the first time. He wrenched her open unapologetically, opening her to the place where he had marked her the last time they met.  He held her wide with one hand, his thumb stretching her to the right, his little finger forcing her to the left, her spine strained under the force of his hands and—oh my, this hadn’t happened the first time he pushed himself into her—he took his man-meat in the fist of his other hand.

Cock, whammer, velvet-sheathed rod, dagger, monkey-wrench, hose-pipe, meat-sword, manhood, love-snake, wurst, sceptre, tube-steak. She knew all the words for it, had iterated and reiterated them, whispering them into the ears of one female reader after another. Now, here was a prime example of the one-eyed trouser snake. He trembled her up and down as he stroked it, slow at first, then faster and faster. She jiggled in his hands, her white sheathes wobbling up and down. He was giving her a right trembling.

‘JOHN!’ she shouted in upper case Garamond. ‘JOHN! YES! DO IT TO ME! PUT YOUR SCEPTRE INSIDE ME NOW!’

His hand jiggled. His fingers stretched her wide enough to break her. She felt her spine expanding, cracking, the glue unsealing, her pages moist under his fingers.’Come in me now!’ She shouted, and, as if on command he shot his load full faced onto her closing paragraph.

Boadicea Ripper is 378 pages long. She was a bestseller in the independent bookshops lists for two weeks in March and is expected to be out in B format for Christmas. Boadicea has been banned from all state schools after Nellie Chambers was caught sharing her around during little lunch at Acacia Ridge State Primary. She was printed in Thailand but lives in the Australian market.

Her dealer is Krissy Kneen.