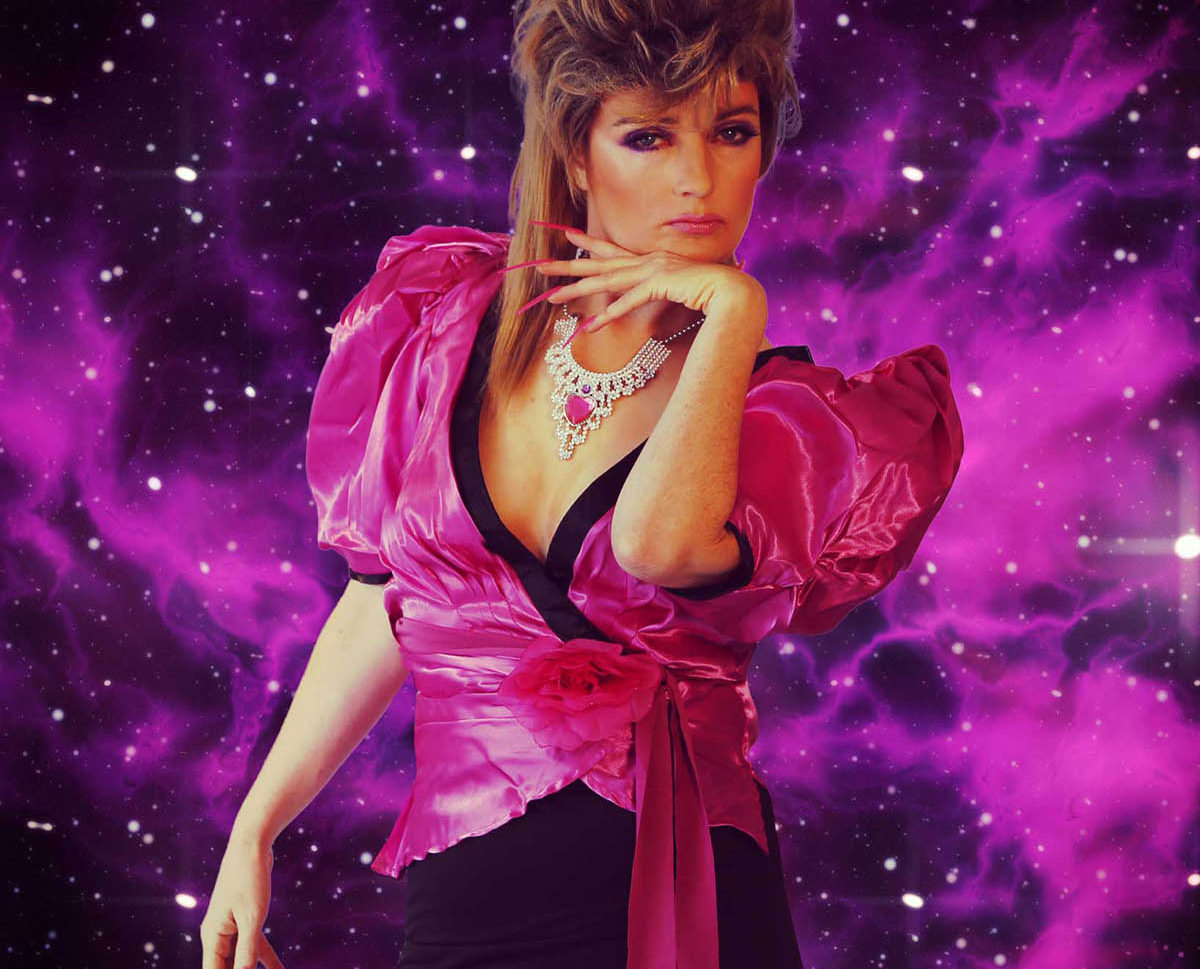 Andromeda Axis, a virgin, was an interstellar beauty. And a scientist. She and her attractively complex co-captain, Apollo Landing, were the custodians of cutting-edge science vital to the future of humanity—science which had been uploaded to their space station Ardour shortly before the earth met its doom (in a prequel yet to be written). Apollo respected her immensely. The way her voluminous hair framed her peerless face as she calculated parsecs. The soft glow of the spectral acceler-ometer reflected in her petunia eyes. Yes, Apollo had stars in his eyes; but he knew that—outside of a cataclysmic variable—his chances were absolute zero (rela-tiv-ity speaking). With weighty gravitas, he remembered the shock-wave triggered by his singular retrograde attempt to bring Andromeda into his romantic orbit. He had been light-years off. She was solar upset.

‘You space cadet!’ she had exclaimed, ‘you can not be Sirius!’ Then she said the words that were as anti-matter to his heart: ‘I just need some … space’.

Apollo shook his handsome head in insightful recollection. In what universe would someone like Andromeda consent to be his binary star? It’s not that he didn’t planet right—he simply should have remote-sensed to resist her gravitational pull. Since that day he’d stopped listening to his south celestial pole and made his prime focus the fertile magnetic field of their friendship. This thought sustained him now—during their very dangerous space walk with all the science.

Suddenly there was an emergency! Accidentally by accident, the section of the Ardour they had been space walking on began its rotation cycle early—snapping their safety harnesses and leaving them floating in suspended disbelief! The gravity of their situation was not lost upon them. Apollo dexterously secured a foothold in the Ardour and beckoned for Andromeda to hold him until the next rotation.

Apollo’s hands were also full of science. If they released that science and allowed it to float into space there would be no future for humanity. Apollo had never felt such pressure. But Andromeda’s attenuation was intergalactic.

‘We’ll have to use your other appendage!’ she cried.

They both knew their space suits had been scientifically designed to allow the genital area to be safely exposed to the atmosphere in the event of an emergency bathroom break during a space walk—so there was no need to clarify that to each other. But for Andromeda to think to secure herself to the space station by means of Apollo’s personal gyroscope showed astronomical resourcefulness!

Apollo could feel the thermal energy building between them. He hesitated—but the look she gave him was interplanetary in intent. She said ‘Release your fifth element’.

In the blink of space-time, his private rocket was revealed. Apollo floated before her, about ten percent naked. Eleven. Twelve. Thirteen. He felt his universe accelerating as Andromeda joined him in partial nakedness and he beheld her superfluid collecting area.

From the look of Apollo’s thrust chamber his particles were in an excited state. As she felt her own galactic nucleus responding, Andromeda realised she was not adverse to the situation.

‘I wish we didn’t have space helmets on,’ she mooned, ‘I’d like to kiss you’.

Apollo’s smile threatened to melt her heat shield. ‘Kiss me with your other mouth’.

Andromeda lowered her other lips towards his surface penetrator and took him in her g-force-charged embrace. His red dwarf turned supergiant as they reached the right ascension for liftoff. They were colliding galaxies. Apollo’s thick shuttle saved Andromeda (and the science) from drifting into space just as they shared a star-hopping impact event. When they reached their zenith a seismic wave riveted the cosmos with a payload of photon-propelled singularity. It was out of this world.During the afterglow the Ardour completed its rotation and the science was once again safe. Apollo prepared his emotions for a figurative return to earth, but something had shifted in Andromeda’s emotional-space-time continuum. She found herself drawn to Apollo with electromagnetic force. Once the science was safe, Andromeda surprised Apollo by reaching for his launch pad and guiding his turbo-pump towards her habitable zone. As they began their new phase as star-crossed-lovers, Andromeda combined the technical with the personal in the way that had always rocked Apollo’s world, when she said: