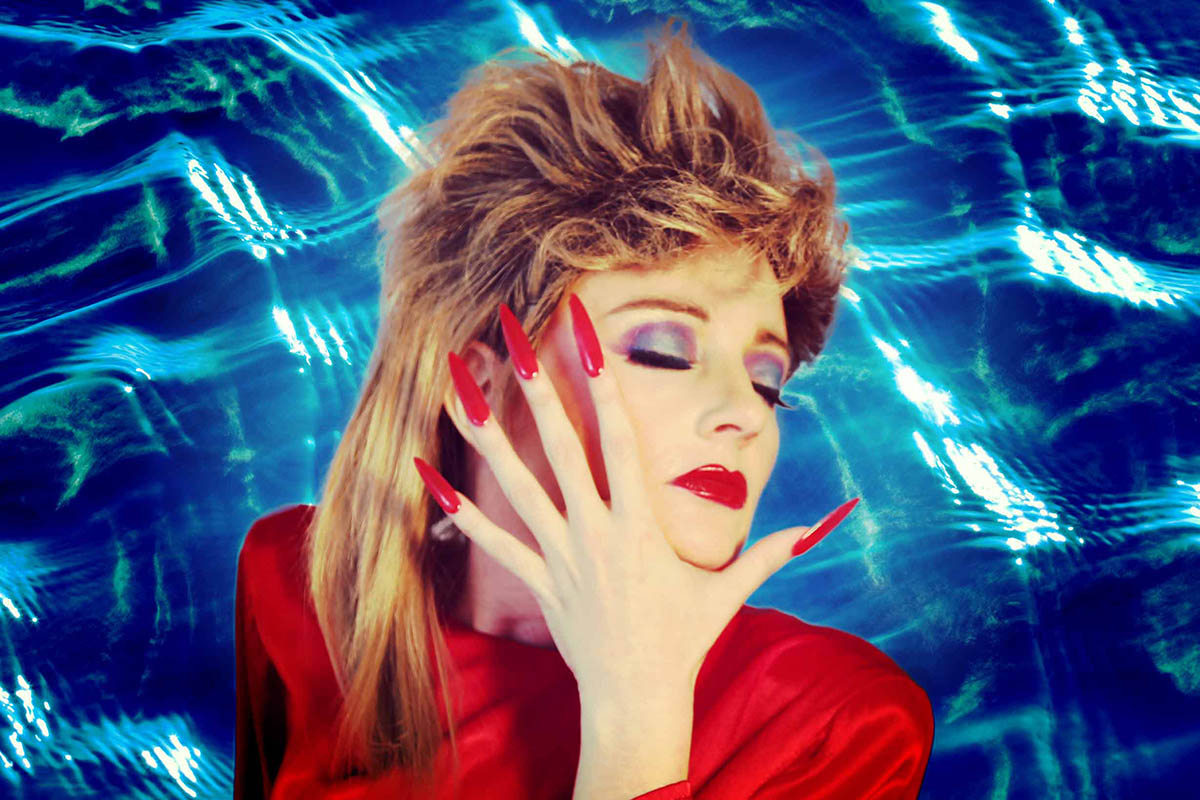 ‘Alone at last,’ Salacia sighed mellifluously into the solitudinous ocean (the singular recipient of her euphonic observation, as she was, indeed, alone). A fetching frown cosseted her forehead as this empyreal utterance crested upon her shell-like ears, evoking the tsunami of suitors that engulfed her emotional shore—stroking her with avast amounts of praise for her siren sounds, her wavy hair, her rippling body. But praise fondling didn’t float with Salacia—no empty vessel, she was moor inclined to be aroused by heavy petting of the mind. Salacia set another dulcet sigh adrift, then shook her pulchritudinous head, vowing to distil the remainder of her thoughts silently into the ocean to avoid extrinsic reminders of her aural beauty. Her frown deepened as she observed her pierless reflection in the water and became cognisant of how sublime she looked when frowning. Even the waves were in league with the ocean of praise that threatened to submerge her hopes and drench her dreams.

Salacia was so beautiful it bored her. ‘Being visually shipshape,’ she thought emphatically into the ocean, ‘is more burdensome than homely people realise. Their flotsam features grant them independence, whereas I’m awash with praise without a droplet of responsibility. Suiters are so preoccupied with my symmetrical features they belay my insides. Well I’ve had aboat enough.’ She fixed the ocean with a heavenly glare of tenacious intent: ‘my insides are beautiful too!’

But enough naval gazing; time to clear the decks for smooth sailing—for Salacia was on a boat in the ocean. She’d purchased it from a canny old sea captain in a quaint harbour village so she could set herself adrift from the armada of compliments she had amast. The captain said it was on sail, but there was something fishy about him: the vessel had a raft of problems. That’s a hull of a way to treat a customer, she thought. But then her eyes alighted upon the sea captain’s starving children and her heart sank. Shore enough, the tidal wave of her internal beauty flowed forth; Salacia bought the boat without a rivulet of complaint, knowing it would tide them over. Now here she was—alone, beautiful, awake, and having a whale of a time.

‘Ship ahoy!’ came a ruggedly handsome voice. Salacia nearly keeled over as her cabin door floated open to reveal the laconic but debonair possessor of the ruggedly handsome voice: ‘The name’s Jacques,’ he said, eyes twinkling with intellect and self-assurance afore he appraised her from stem to stern, ‘I like your aft, if you get my drift. Mind if I put my oar in?’

Oh, buoy. Another praise-monger. A wave of storm clouds undulated across Salacia’s face, making it even more beautiful—but her mood had been rent asunder. ‘How very dare you!’ she squalled. ‘Call that an icebreaker? You make me seasick! Everything was going swimmingly until you muscled in, plumbing the depths. I shrimply won’t stand for it! Do you think to reel me in with your recrementitious jetsam? To cruise me then stowaway in my heart? Well, you’ve missed this boat, Jacques. You’re all at sea. And you’re knot playing with a full deck if you think the scale of my beauty an excuse to barge in and torpedo my hopes, shipwreck my ambition and drown my dreams!’

Jacques changed tack with a jaunty wink and sank into some fish netting: ‘That’s swell. Let minnow if you change your mind.’ Oh, that backwash of a man! Was he trying to bait her? Salacia clammed up, determined to becalm her inundated nerves by immersing herself in skippering. She demonstrated admiral skill with sales and ropes, but failed to make Jacques walk the plank of her mind. She couldn’t fathom it; aye, he’d made her crabby … but she liked his one-liners, his reluctance to fish for compliments, and the way he absorbed her bilge without accusing her of being frigate. Perhaps she’d been too stern. For a fleeting moment Salacia realised she was floundering—she’d lost her moorings in the perfect storm of Jacques’ insouciant beauty—but she scuttled those thoughts and threw them overboard.

Suddenly there was a storm. Waves swept across the bow as the boat pitched and was no longer yar. Thunder resounded and lightening penetrated the sky as Salacia’s optimism ran aground. Important ropes were swept loose and her vessel of dreams was castaway in a sea of despair: they weir in too deep. In dire straits. The biggest wave there had ever been came crashing down and capsized Salacia’s sense of self. If only she hadn’t felt the tidal pull of independence. If only …

Jacques was with her now, manfully affixing his rigging to her cleat. It was a watershed moment. Salacia’s damp heart was dried by an emotional second wind coursing from the prodigious revelation that Jacques was truly seaworthy—not so much anchor as a mainstay! Her romantic hull was breached and she was immersed in a sea of love. Sonar, yet so far. At that very moment she was broadsided; the tide went out and her hopes became beached on the shore of divulgement—for Jacques was importunate. ‘Do you think I came here on porpoise?’ he stormed, his anger raining down upon her waterlogged heart. ‘Do you think I rigged it? The moment I saw you I was hooked—line and sinker; but I wasn’t swept along in the current of your indisputable beauty like so much driftwood. I was a customer that day in the quaint village where you overpaid that washed up sea captain. I know you took the bait so his starving children could better themselves. Don’t you sea? I love you for your beautiful insides!’

The clouds parted and the sky was engorged with sunshine ejaculate as Salacia’s heart gushed—now, truly, she could seas the day. She and her able bodied seaman surged together and embraced, all hands, a wave of love swelling between them as they docked together while sailing full steam ahead on a sea of passion, leaving a spurt of happiness in their wake.

A highly intelligent, natural born leader, Valkyrie Cul-de-Sac is the Convenor, Grand-Vice-Executive-Chancellor, and Supreme Foundational Member of the FFA. She is aware of many awards.