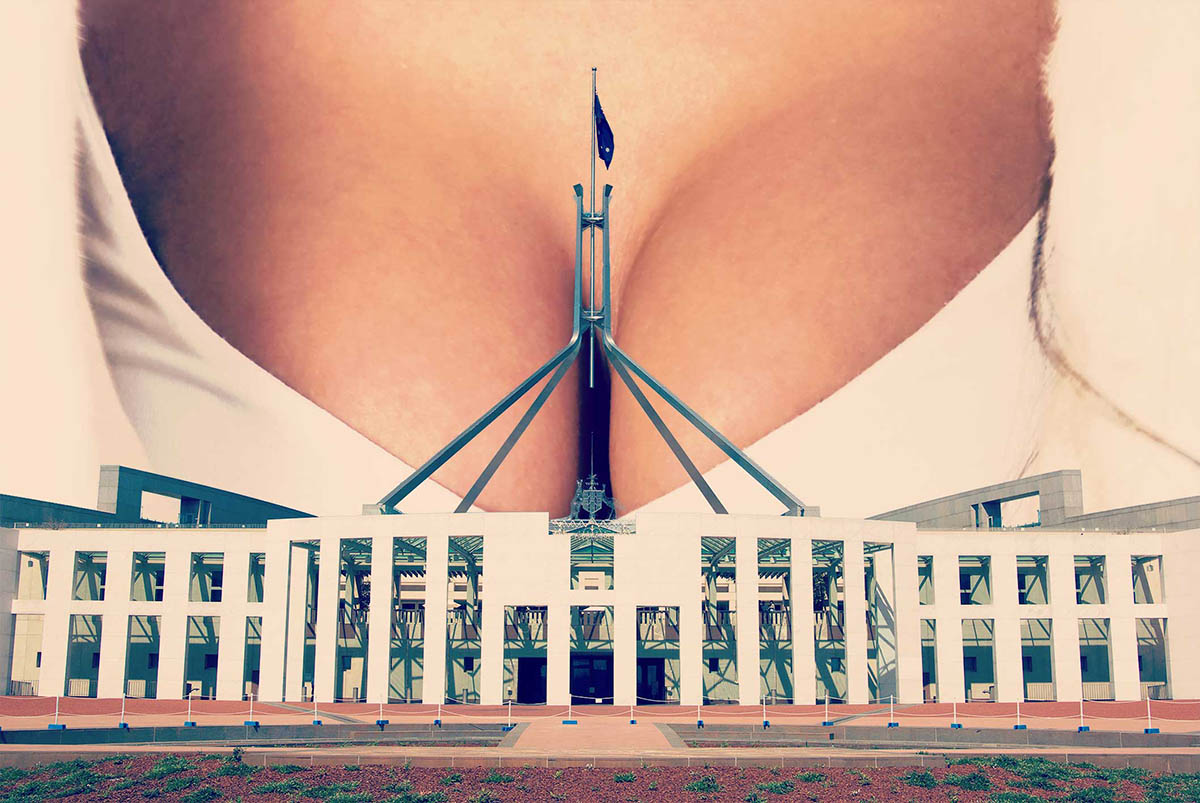 ‘Where do you sit … on the split?’ she asked him, re-crossing her legs. His eyes darted down to her lap and back. After all his lobbying, she’d secretly decided to pre-select him for a kiss tonight. And the way their conversation kept petering out, the way he’d ignored the safe seat across from her and had instead sat beside her on the couch, the way he tapped his fingers on his thigh as though enjoying her choice of music, all indicated he was preoccupied with the possibility of entering her upper house. He looked apprehensive for a moment before he locked eyes on her. He was mounting a counter-challenge. She lost her nerve then and broke his gaze. Damnit. She bit her lip. Damnit, again.

‘Nineteen fifty-five?,’ he asked. ‘Or nineteen eighty-three?’ He was confident and continued on authoritatively, ‘When the return of the disaffiliated …’

He raised an eyebrow because he felt his satisfaction rate dropping, his popularity declining, knew the kiss was being wrested from his grasp. In lieu of a Filibuster, he took a mouthful of wine. His face was impenetrable but his mind was racing through the maneuvers. Women were touchy about this. Very touchy. But maybe that was the trap, he thought. She might be testing him. Seeing if he would resort to populism, when she was not like other woman at all.

He searched his memory for clues. Shorten or Albanese? She’d chosen Albanese. But Wong versus Crean? She was most definitely for Wong. Factional discipline versus Cabinet room discipline? He couldn’t decide, but he’d sure like to discipline her Cabinet. Poor polling or lucrative leaking? His Member of Parliament was polling well now; was there some leaking from her also? He became lost in memories of their debates.

Before he lost any more time, he replied casually, ‘Rudd.’ Her face grew frosty; there would be a division. She leaned back into the couch. He tried to save some ground. ‘That is to say, Rudd for the first and second time, but after the third time when he refused to challenge … well, I have no respect for a man who backs down from a fight. One must be willing to face the sword if there is even the remotest hope of victory.’

She shook her hair from her face. ‘Actually, I supported Rudd on the fourth occasion,’ she said. ‘As you say, if there is any chance of victory one must be prepared to face the sword, and that was the only chance for Labor in the coming election.’

If there was any chance of victory, he pondered. This might be a time for the president to exercise emergency powers. ‘You think it is acceptable to fight dirty?’ he ventured, leaning towards her.

She met his gaze. There was no blushing this time from her. ‘Politics is a bloodsport; the selection process can be fierce,’ she replied.

His hand touched her shoulder. He had limited jurisdiction here, but nonetheless … ‘So fierce it can’t restrain itself … turns into branch stacking, electoral fraud, secret preference deals,’ his voice taunted her as he leaned ever closer to her.

‘It’s a democratic process,’ she said, tilting her face away from his.

But he continued on: ‘… political donations, union affiliation fees …’ His lips brushed her neck. She did not withdraw.

Instead, she tipped her head back and offered her neck further to him. My God, he thought, her proportional representation was sublime. ‘One might almost require a safe word for this,’ he said.

She whispered, ‘National Conference … there’s an official process …’ But her breath had quickened, she found it hard to finish her thoughts. His mouth was kissing her neck and moving up to her ear. He held her wrists, his body’s weight upon her. She gasped and finally turned her mouth to meet his.

At last, the kiss they had both been circling for weeks. A bilateral agreement; they were finally in accord. His tongue dipped inside her mouth and he pulled her wrists up and behind her head, pinning her beneath him. She started and tried to pull away. ‘Caucus,’ she said in a cautioning voice, ‘in the national Parliament, elected members may vote to decide the party’s position!’

He let go of her wrists. ‘My apologies,’ he said. ‘I didn’t catch myself in time, I’d like to think we’re of the same faction … I misunderstood.’

She warned him, ‘These days … in Caucus some of the most hostile relations are between members of the same faction.’

He nodded dejectedly. ‘Indeed, it comes down mostly to state political loyalties … And I, a Queenslander and you, a Victorian—there mightn’t be an allegiance. I shouldn’t have assumed anything, I should have been more … consultative,’ he said.

She smiled and traced a finger over his lips. He rubbed the stubble of his cheek against her palm. It was then that she ran her hand firmly down his back until she reached his waist, and from there she pulled him in towards her for congress. Parting her thighs, a separation of powers, she said, ‘We must end the power of faceless men.’ His eyes widened; he hesitated for an instant before he thrust against her: push polling. She squeezed her thighs around him. His hand slid down her torso, she arched her back. He pulled her skirt further aside, his fingertips tracing the seam of her underwear—this could be a landslide. And to secure her vote, he breathed into her ear, ‘Moving forward, together?’

Modesty Blouse will be an award-winning commentator. Renowned for her probing, hard-hitting exposes of the body politic, her soon-to-be wholly significant personage provides electrifying insights into the intimate encounters that occur behind the closed doors and bedrooms of Australian public life.

She is also the alter-ego of Andie Fox – Economist sometimes and writer, sometimes, at Daily Life & The Guardian & sometimes heard on ABC (Australia) radio. Follow her on Twitter @bluemilk.