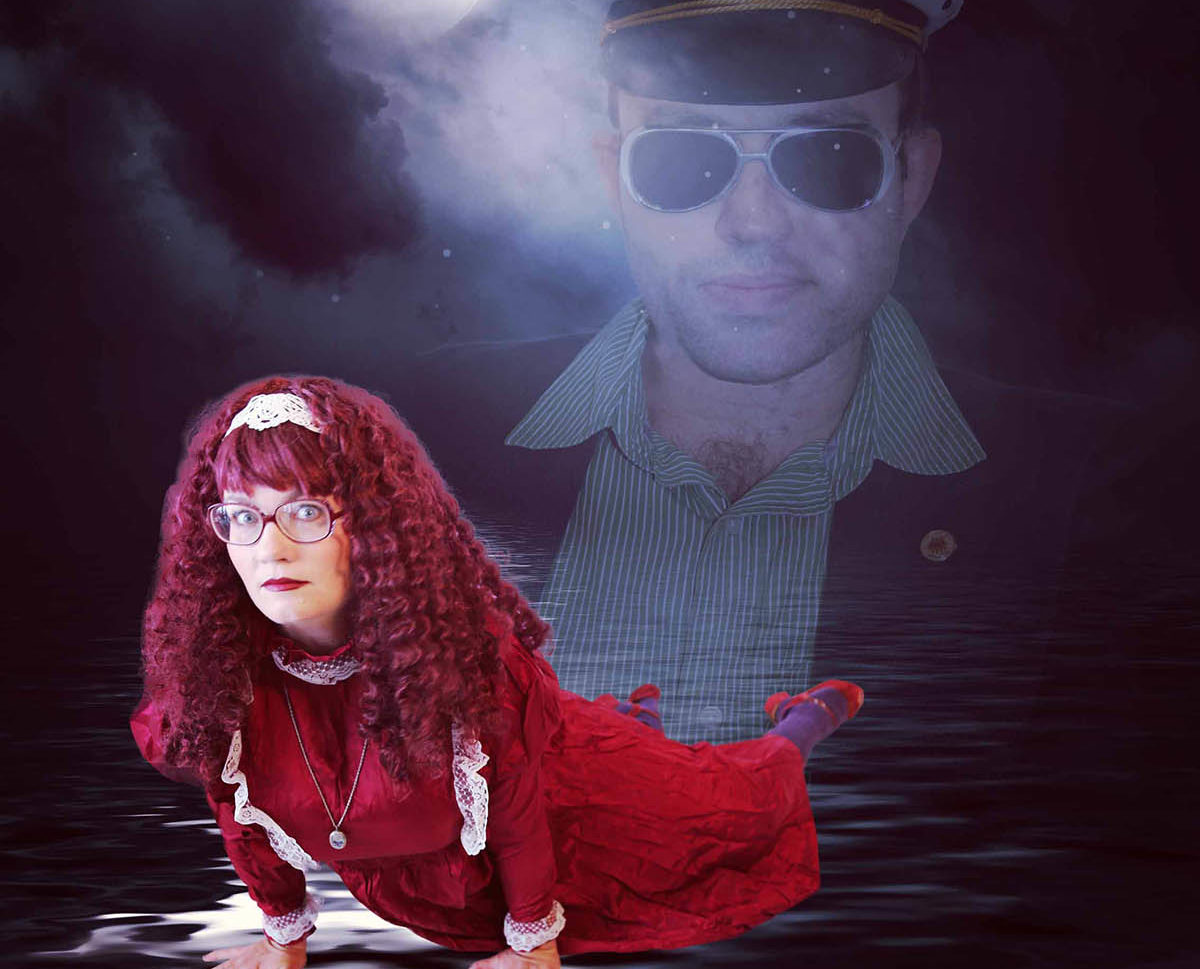 It happened on an island. In a dark garden that smelled of jasmine. It happened at Midnight. She was an orphan. He was a shipping magnate. She had lips like a bee sting. He had eyes like black coals.

She was scared. More scared than she’d ever been. He was masterful. More masterful than he’d ever been. On that night. In that garden. As she lay naked before him. Smelling of jasmine.

It was like a ship docking. A giant ship. A ship with a pool and a games room and a TV entertainer hosting a world class bingo tournament. A giant ship that had no lifeboats, whose pure white prow was rent asunder by the implacable hardness of the uncharted coral reef below.

She had first met him at the funeral of her own parents. He had swept her up into his arms, commanding her: ‘I now own Electro-corp. Your parents left it to me. They left everything to me. Including you. You’re coming to my island. NOW.’

But how could they? She hated him for destroying her parents, taking over her company, and abducting her to a small island where she had to eat raw garlic at every meal. He hated her because she was feisty, over the age of consent, and could read.

But desire could not be contained. The island was small, only two metres long. His yacht vanished, sunk accidentally by a bumbling first mate. To keep warm they had to strip off all their clothes and lie together ALL NIGHT.

How could anyone expect him to contain himself? She was swept along the tidal surge of his watery passion. She had no choice.

He wept when he noticed her virginity. ‘Marry me,’ he commanded. ‘Of course,’ she said.

But when she awoke, she discovered she had tamed her Greek God. He was no longer a tyrant. He had turned into a vegetarian overnight. He wanted to talk about quiche. He asked her about her feelings.She could no longer love him. Shrugging, she swam to the nearest port, enrolled at Yale, and became an internet billionaire with an obsessive interest in the works of Schopenhauer. He founded an artist colony on his small island and married Susan Sontag’s adopted daughter. And they lived happily ever after. Except that eating raw garlic always made her think of jasmine. And she never got a puppy.

Misty Dawn is tremulously approaching the brink of that momentous transformation when one declares oneself to be—A WRITER! After many years of passionate fellowship in a Christian community, she is so very grateful to have found new sister-wives in the FFA, led by her personal writing hero, Valkyrie Cul-de-sac.  The inspiration for her writing comes from very private feelings that she would prefer not to discuss publicly.

She is also the alter-ego of Kathryn Kelly, dramaturg-at-large and theatre reviewer.

Misty would also like to acknowledge her dramaturg, Conrad Hoorn.

Conrad Hoorn was born at the wrong time. Had he debuted in 1899, he might have been Ernest Hemingway. Had his parents produced him in 1908, he might have become Ian Fleming. Instead, he appeared in 1949 and he’s Conrad Hoorn. A retired tycoon, he lives a humble existence these days on his yacht Viking Dawn, moored down the dreary end of Monaco harbor. He spends his mornings writing his memoirs, his lunchtimes drinking whisky in the Crystal Bar at the Hotel Hermitage, and his afternoons working on his latest espionage novel, written under the non de plume ‘Conradt Horne’. His evenings are his own business. Aside from his controversial tycoon life, he is a former occult mountaineer, luge commentator, and America’s Cup skipper. These days he offers advisory sessions to budding writers over Skype for a fee. He is not married and has eleven children.

He is also the alter-ego of this fellow: Ben Pullar is a writer living in Brisbane.